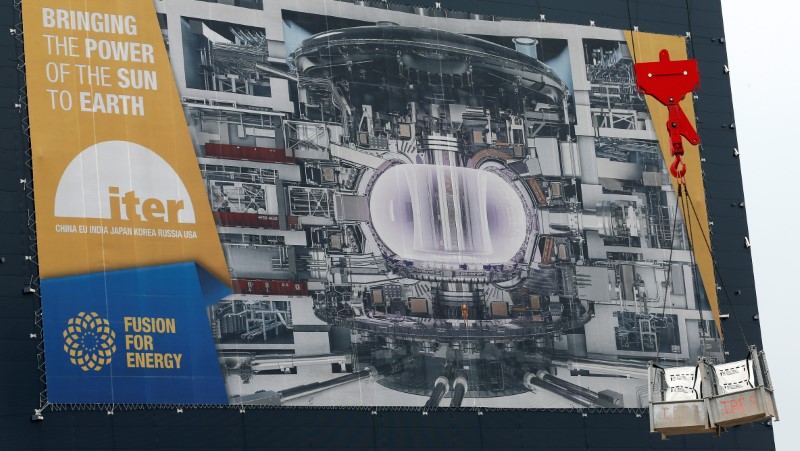 ITER, an international project to build a prototype nuclear fusion reactor in southern France, said it is facing delays if the Trump administration does not reconsider budget cuts.

ITER hopes to generate power from a process similar to the nuclear fusion that powers the sun, unlike existing nuclear reactors that produce energy by splitting atoms.

The United States has already spent about $1 billion on the prototype reactor and was scheduled to contribute up to another $1.5 billion through 2025, when ITER is scheduled to run a first operational test.

"If we do not respect deadlines in the beginning, we cannot respect them in the end," Bigot told Reuters by telephone.

Bigot said that following a letter from French President Emmanuel Macron to President Donald Trump in August, Trump had asked his administration to reconsider the issue.

"We hope for a decision this weekend or this week," he said.

"If the U.S. does not provide the necessary funds in 2018, then there will be an impact on the entire project," he added.

Earlier this year, ITER's total budget was revised upwards from 18 to 22 billion euros ($21-26 billion), with a U.S. share of nine percent.

The Trump administration is conducting a review of civilian nuclear policy, including research and development, which will inform U.S. policy toward ITER in the future, said Shaylyn Hynes, a spokeswoman for the U.S. Department of Energy.

U.S. Energy Secretary Rick Perry has told Macron that "we understand the history and the scale of the project," she said.

ITER member countries finance the manufacturing of ITER components via their own national companies. The parts are then shipped to France and assembled on ITER's Cadarache, southern France site.

ITER's main U.S. supplier is California-based General Atomics, which is building its central solenoid, an 18-metre tall pillar-like magnet that will be one of the first components to be installed by 2020.

The project is now half way towards the first test of its super-heated plasma by 2025 and first full-power fusion by 2035.

ITER says nuclear fusion will not produce nuclear waste like traditional nuclear power plants and will be much safer to operate.

But the challenges of replicating the sun's fusion on earth are enormous and critics say that it remains unclear whether the technology will work and can eventually be commercially viable.