A new agreement for Germany's IDT Biologika to help in the production of Johnson & Johnson's coronavirus vaccines would offer Europe greater certainty on the delivery of the jabs, Germany's economy minister said Monday. 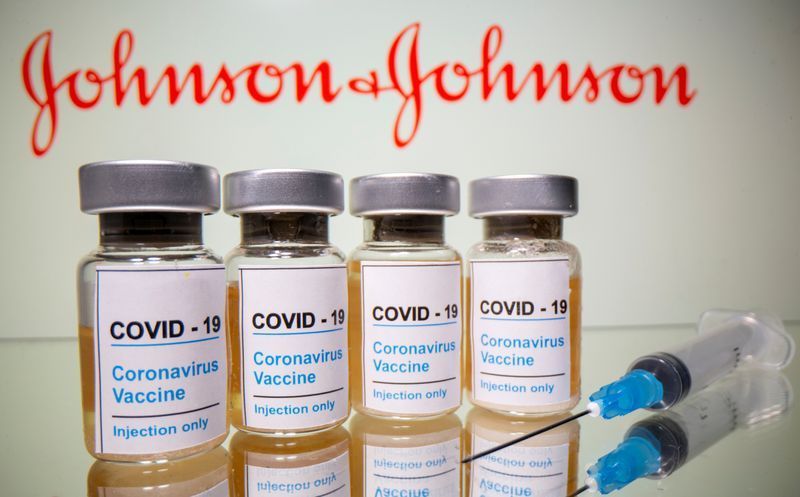 The deal, announced by IDT Biologika and Johnson & Johnson's German subsidiary Janssen, will allow the latter's newly approved single-dose vaccine to be filled and bottled on German soil amid fears over restrictions imposed by the United States on the export of domestically produced vaccines.

"Vaccine production in Europe and Germany increases delivery certainty and is a very important signal in the current phase of the pandemic," said Economy Minister Peter Altmaier in a statement welcoming the agreement.

Janssen also said that "this cooperation will make it more possible for us to deliver our Covid-19 vaccine worldwide".

While Johnson & Johnson also produces its vaccine in Europe, doses are subsequently sent to the US for the so called "fill and finish" process of bottling and packaging.

The Defence Production Act in place now in the United States requires that Americans be given priority for domestically produced vaccines, effectively severely restricting exports of vaccines made in the US.

On Friday, German Health Minister Jens Spahn warned that Germany would have to wait until "mid-to-late April" for the Johnson & Johnson jab, which last week became the fourth vaccine to be approved by the EU.

With Berlin citing US export restrictions and production issues as the cause of the delay, Spahn said that Germany and the EU were working on "short-term solutions" to the problem, such as setting up production facilities on German soil.

The IDT Biologika deal appears to be just such a solution, with Johnson & Johnson temporarily taking over capacities otherwise reserved by fellow German pharmaceuticals company Takeda for its dengue fever vaccine candidate.

The capacities at the factory in Dessau, northeast Germany, would be returned to Takeda after three months, said IDT Biologika on Monday.

"I am very grateful to Takeda for their flexibility. The last months have shown clearly that challenges raised by the pandemic can only be met through cooperation and engagement," said IDT Biologika CEO Juergen Betzing.

It remains unclear how many doses of the Johnson & Johnson vaccine will be bottled and packaged in Dessau over the course of the three months.

Contacted by AFP, neither Janssen nor IDT Biologika was able to immediately provide a figure for the volume of doses that could be handled over the three months at the Dessau plant.