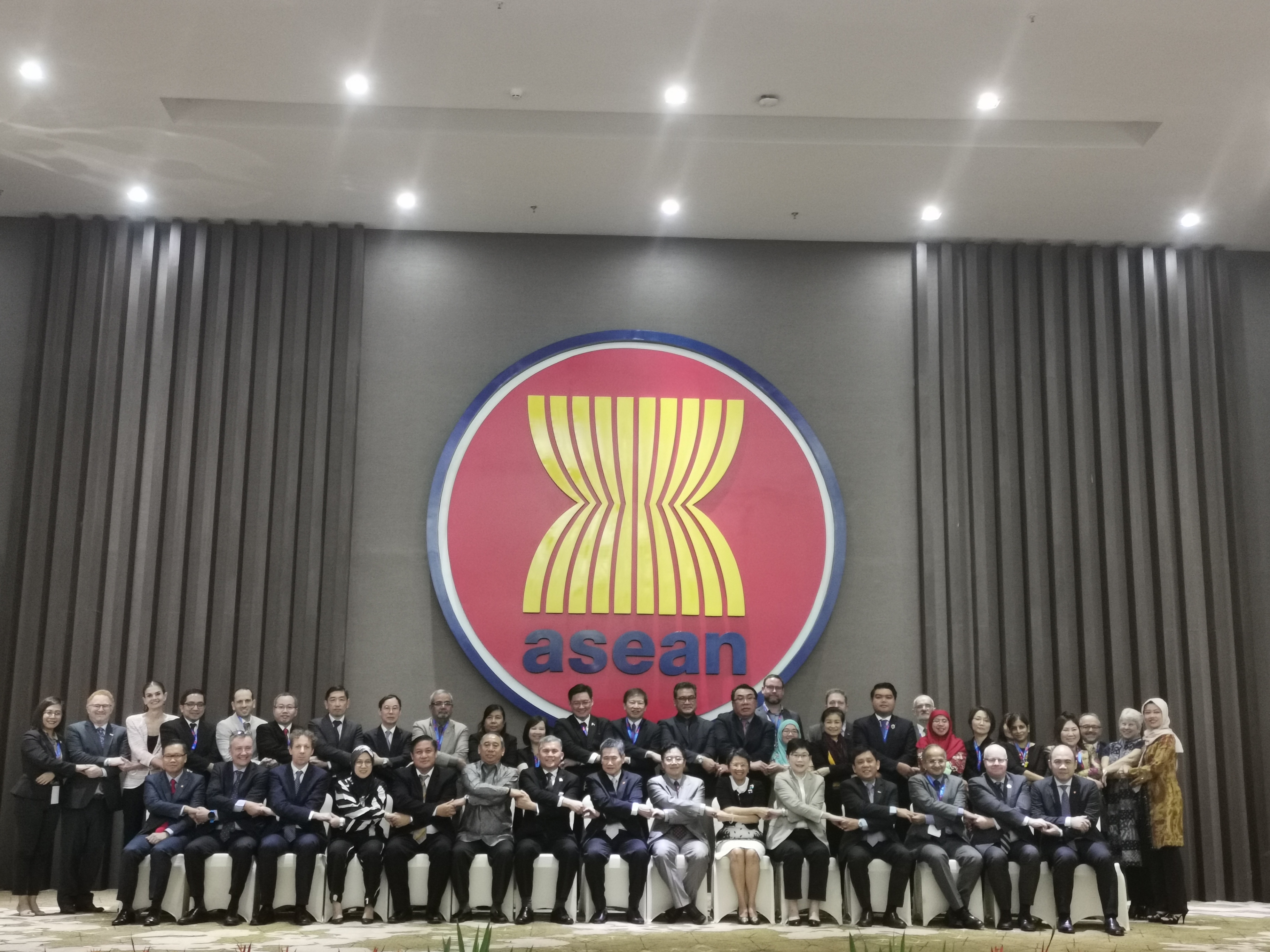 Jakarta (People’s Daily) - The ASEAN High-level Symposium on Disaster Management supported by the ASEAN-China Cooperation Fund was held on Feb. 26 at the ASEAN Secretariat in Jakarta, Indonesia.

“This High-Level Symposium is another contribution to ASEAN Community building efforts as it provides a platform for members of our sectoral bodies, practitioners, policy-makers and think-tanks to exchange views and ideas on pertinent issues related to disaster management,” said Dato Lim Jock Hoi, Secretary-General of ASEAN.

Dato expressed his sincere appreciation to the Government of the People’s Republic of China for the continued commitment and strong support to ASEAN. He noted that China is one of ASEAN’s most important partners and has been a strategic partner since 2003, contributing significantly to the development and promotion of peace, stability, and prosperity in the region. China is ASEAN’s largest trading partner, and last year was ranked as the third-largest source of foreign direct investment and a major contributor of tourists to our region. ASEAN and China also cooperate closely towards realizing a sustainable and resilient ASEAN Community that covers a wide-range of fields and activities, including disaster management.

Deng Xijun, Ambassador Extraordinary and Plenipotentiary of the People’s Republic of China to ASEAN, shared an update of the Chinese government’s fight against COVID-19 in China and the measures it has taken to combat the epidemic. ”According to the latest data, both the numbers of newly confirmed and suspected cases have dropped significantly from more than one thousand a day to 300 or 400, and the situation outside Hubei province is even better. The number of cured cases has also been on the rise.”

Since the outbreak, the international community including ASEAN has stood side by side with China. Leaders and ministers of ASEAN countries have expressed support through telephone calls, letters and statements. The valuable assistance from both the governments and society of ASEAN countries is vivid testament to the saying “A friend in need is a friend indeed”.

Last week, the Special China-ASEAN Foreign Ministers' Meeting on COVID-19 was held in Vientiane, Laos. The pictures of foreign ministers joining hands and cheering loudly for Wuhan, China and ASEAN are spreading on the internet and stimulating talks for China-ASEAN brotherhood. “On behalf of the Chinese government, I would like to express our sincere gratitude to ASEAN for its staunch and valuable support. We firmly believe that China-ASEAN relations will withstand the test and be taken to new heights as we battle the disease together,” said Deng. 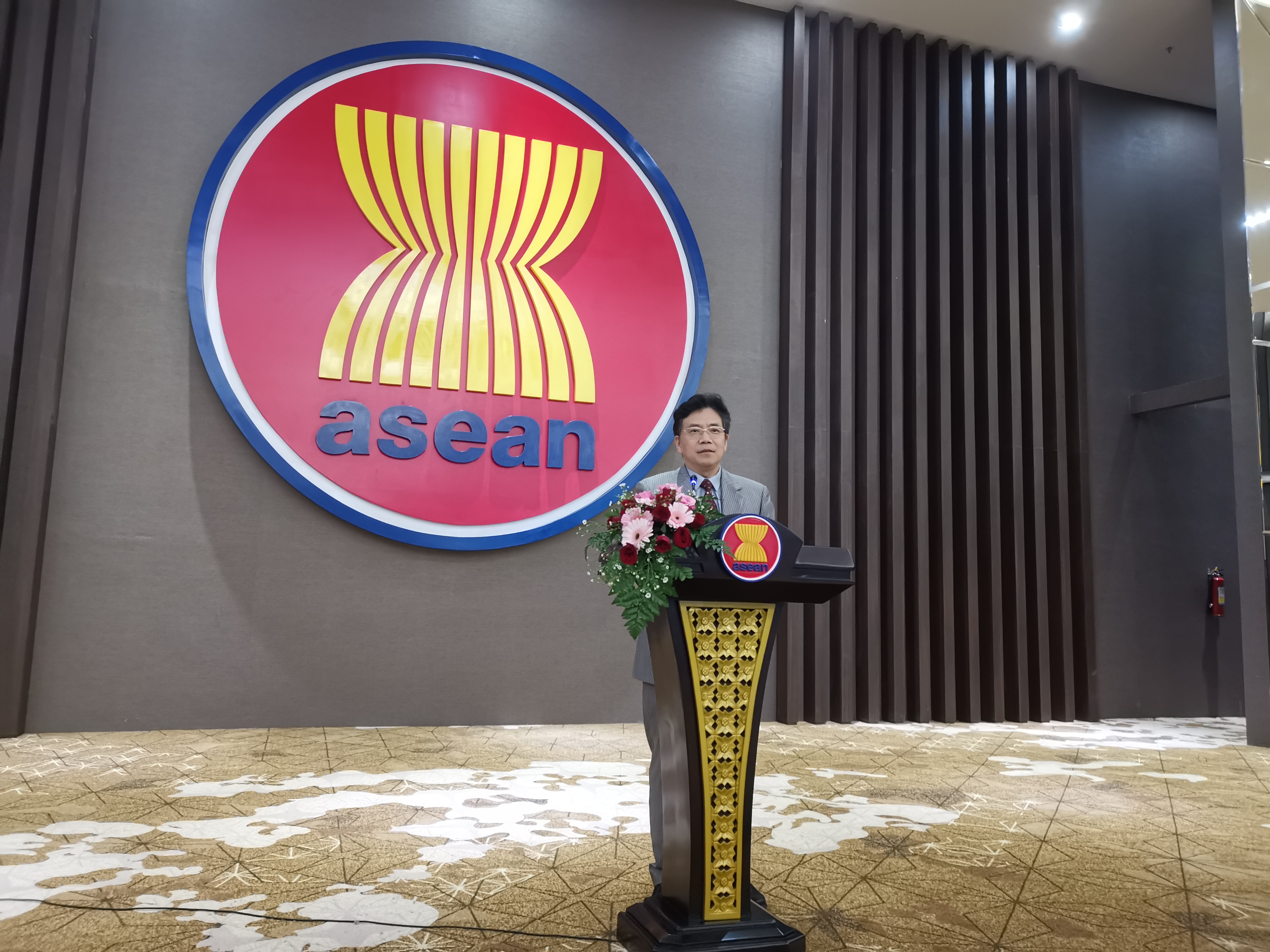 “China has acted in an open, transparent and highly responsible manner in working closely with WHO and countries concerned and sharing information including genetic sequences of the virus. As pointed out by WHO Director-General Tedros, China has made enormous contribution to containing the spread of coronavirus for the rest of the world with its timely and concrete actions,” Deng noted.

Deng discussed the principles, system guarantees and practical experience of China's national defense disaster, disaster relief, disaster reduction and emergency management work.” As countries all prone to natural disasters, China and ASEAN member states have maintained close cooperation on disaster management.” In 2013, the Chinese government announced a grant of 50 million RMB to help ASEAN’s implementation of ASEAN Agreement on Disaster Management and Emergency Response. Projects are now in the implementation to enhance capacity building and personnel training of ASEAN.

The participants appreciated the remarks made by China, thanked China for supporting the conference relying on the ASEAN-China Cooperation Fund, stressed that China has rich experience and advanced technical capabilities in the field of disaster reduction and prevention. They hope that China and ASEAN countries would further strengthen cooperation in relevant fields and jointly improve the level of disaster response and management in the region.