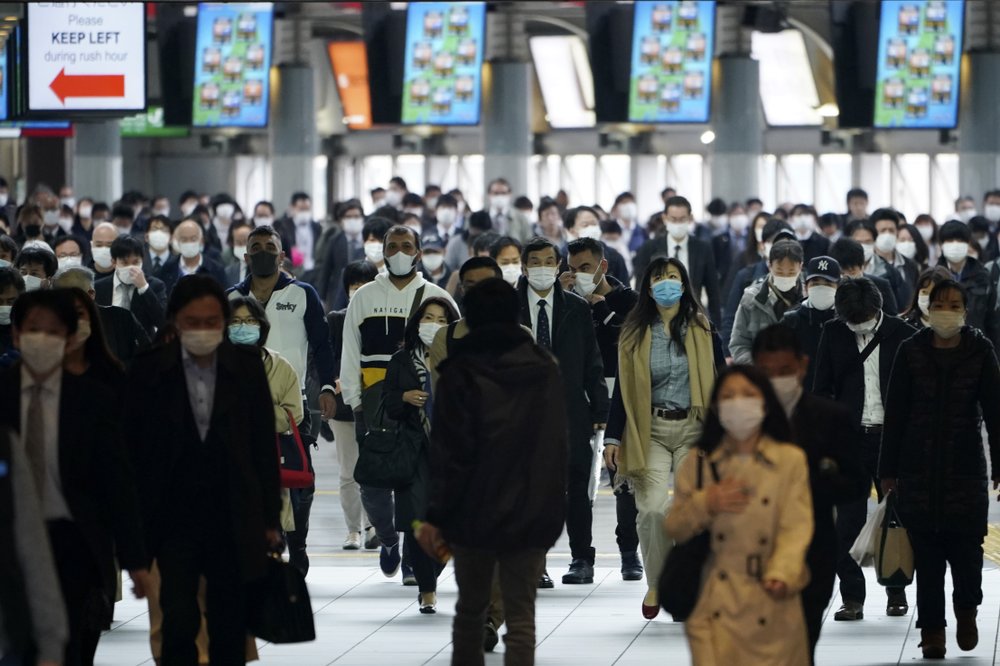 A station passageway is crowded with commuters wearing face mask during a rush hour in Tokyo Monday, April 27, 2020. (Photo: AP)

Japan’s Prime Minister Shinzo Abe said Monday that his country is adding 14 more countries, including Russia, Peru and Saudi Arabia, to the entry ban list as the country steps up border control as the coronavirus infections continued to spread in the country.

Japan has already banned entry from more than 70 other countries, banning foreigners with records of visiting those countries in the past two weeks, while invalidating visas for the rest of the world. The additional step on the 14 countries will take effect Wednesday, Abe said.

The entry ban and the visa restrictions, initially set to end on April 30, are extended until the end of May.

Japan is now under a month-long state of emergency through May 6, for now. Officials and experts are now gauging its effect and whether to extend the measure.

Japan has 13,385 confirmed cases, as well as 712 others from a cruise ship quarantined near Tokyo earlier this year, with 364 deaths, according to the health ministry.