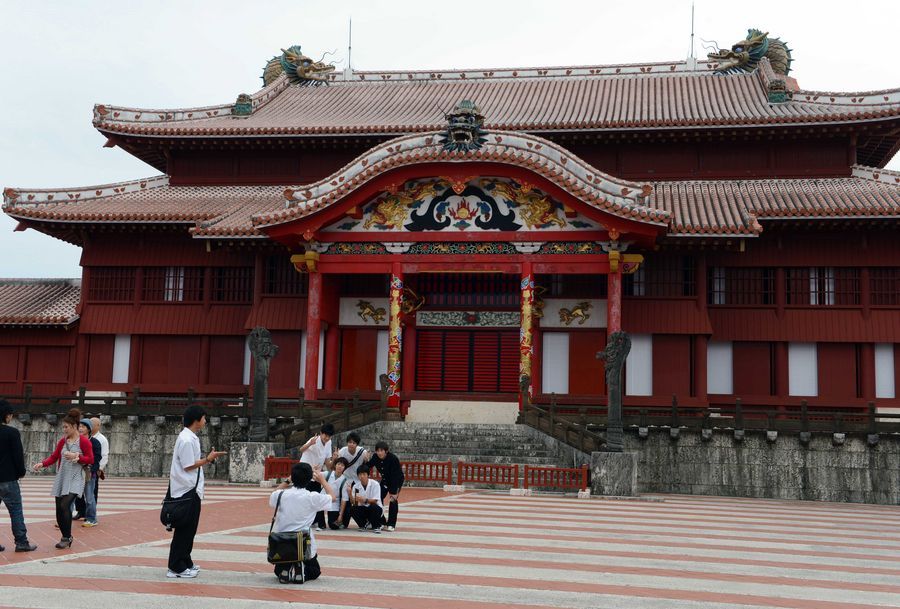 File Photo: People visit the Shuri Castle of the Ryukyu Kingdom in Okinawa prefecture of Japan, on Nov 12, 2013. (Photo: Xinhua)

TOKYO - The Japanese government said Friday that Okinawa has been added to areas under a COVID-19 state of emergency, effective from Sunday to June 20, as infections in the southern island prefecture surge.

Japanese Prime Minister Yoshihide Suga formalized the decision at a task force meeting after a panel of experts approved the measure.

Okinawa's addition will bring the number of prefectures under the state of emergency to 10.

Yasutoshi Nishimura, minister in charge of the COVID-19 response, called for tough restrictions including banning restaurants from serving alcohol, while asking tourists not to visit Okinawa during this period.

The decision to add Okinawa comes after the prefecture's governor Denny Tamaki on Wednesday asked for Okinawa to be under the state of emergency as the rising number of infections strains the local medical system.

The prefecture, with a population of around 1.5 million, logged another 207 COVID-19 cases on Friday, hitting a daily record for the prefecture.

Japan's fourth wave of infections appears to have passed its peak, but hotspots such as Okinawa as well as a slow vaccine rollout continue to cause concern with just two months until the Tokyo Olympics, local media said.