Japan aims to eliminate gasoline-powered vehicles in about 15 years, the government said Friday in a plan to achieve Prime Minister Yoshihide Suga’s ambitious pledge to go carbon free by 2050 and generate nearly $2 trillion growth in green business and investment. 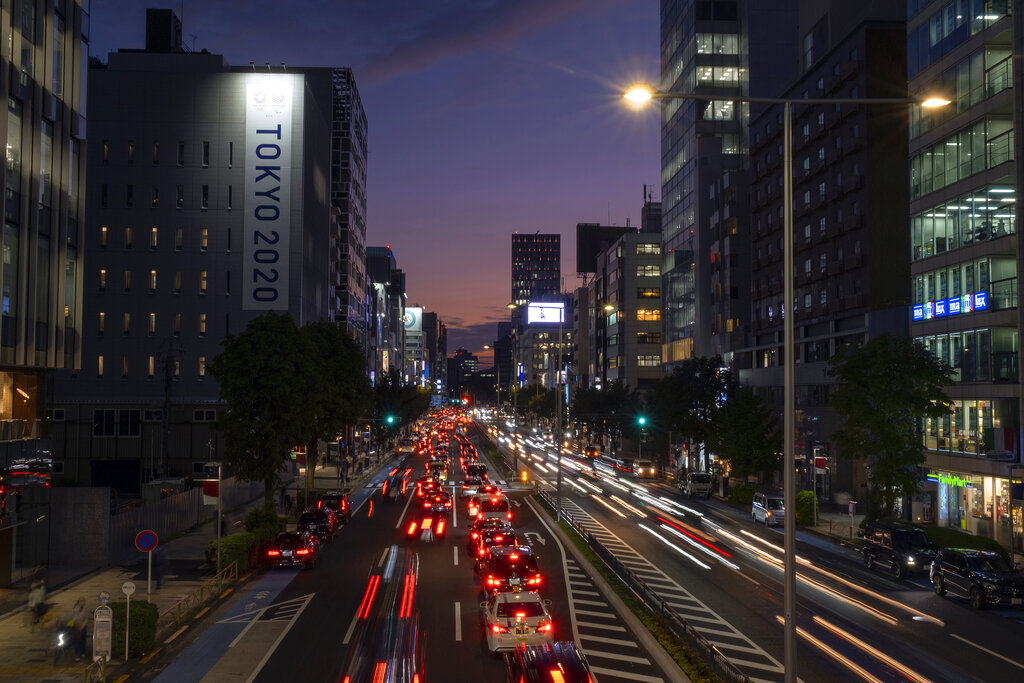 In this Oct. 12, 2020, file photo, streaks of lights from cars pass through a business district in Tokyo. (Photo: AP)

The “green growth strategy" urges utilities to bolster renewables and hydrogen while calling for auto industries to go carbon free by the mid-2030s.

Suga, in a policy speech in October, pledged to achieve net zero carbon emissions in 30 years. As the world faces an environmental challenge, green investment is an opportunity for growth not a burden, he said.

The strategy, which provides a roadmap to achieving the goals in different sectors, projected 30-50% increase in electricity demand and called for a push to triple renewables in the country’s energy mix to about 50-60% from the current level, while also maximizing use of nuclear power as a stable, clean source of energy.

But it was unclear if Suga has the political heft to overcome vested interests in weaning resource-poor Japan from its reliance on imported oil and gas.

The strategy identified 14 industries, such as offshore wind, hydrogen and fuel ammonia as well as autos and rechargeable batteries and roadmap for each sector. The strategy shows an installation target for offshore wind power of up to 45 gigawatts by 2040.

The government will offer tax incentives and other financial support to companies, such as a 2 trillion yen ($19 billion) green fund.