TOKYO, May 31 (Xinhua) -- A policy package was adopted by the Japanese government on Friday to reduce the amount of plastic waste the nation produces amid similar efforts worldwide and ahead of the Group of 20 (G20) summit in Osaka in June. 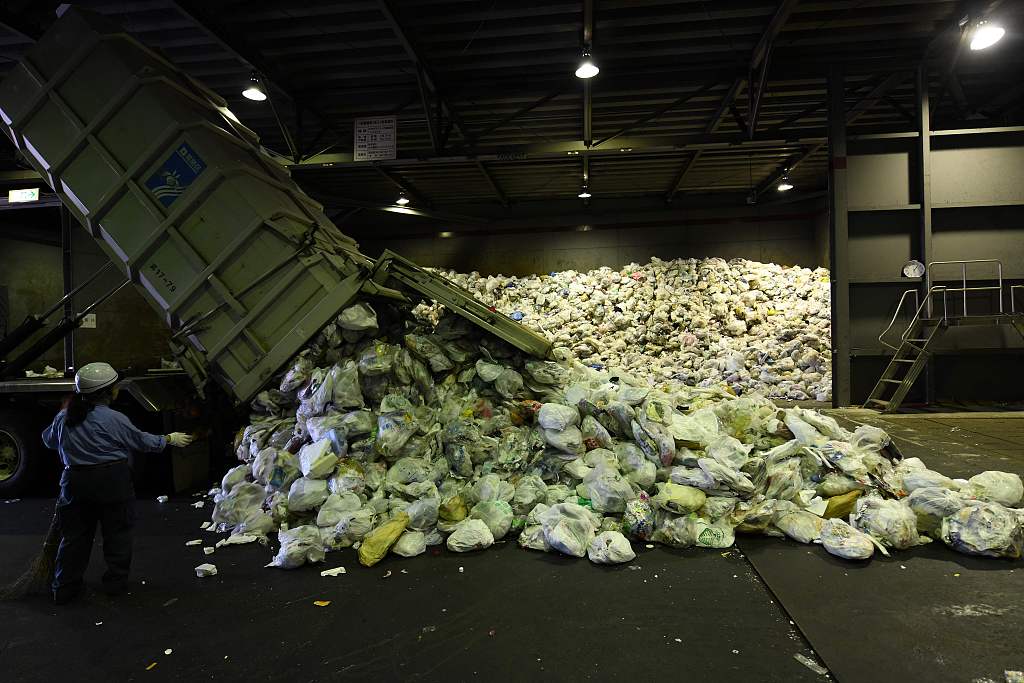 Japanese Prime Minister Shinzo Abe said at a ministerial conference at which the new policy package was finalized that plastic waste reduction will be a hot-button topic at the G20 summit, and, as Japan is chairing the meeting, it should lead by example.

"Ocean plastic waste is one of the issues topping the G20 summit agenda. As the chair of the meeting, we will exercise leadership to solve the matter," said Abe.

The package comprises methodologies on reducing the amount of plastic waste entering the ocean and tackling pollution in the sea by micro-plastics, as well as efforts to promote the recycling of plastic bottles in Japan.

The policy package also advocates for more support to be given to developing countries to help lessen plastic waste and promote recycling, as well as the development of materials that naturally decompose and do not require incinerating or being dumped in landfills or the ocean.

Japan and the United States have come under fire for not being signatories to the Ocean Plastics Charter at the Group of Seven summit in Canada last year.

As a result, the Japanese government has asserted that it is doing more to cut down the amount of plastic waster the country produces.