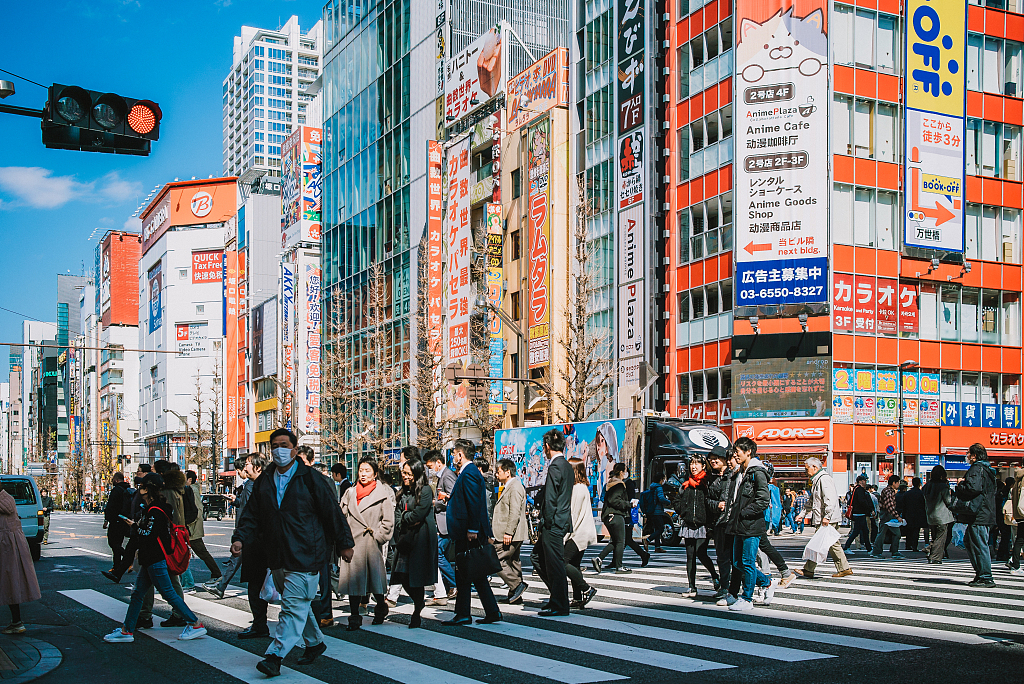 The 26 trillion yen (239 billion U.S. dollars) economic stimulus package, has also been allocated to support ongoing recovery and disaster prevention efforts in the wake of natural disasters, as well as to promote slumping consumer spending by promoting and incentivizing a cashless payment program, the government said.

The stimulus package is the first economic package in three years and comprises private sector spending, compared to the previous policy package compiled in August 2016 to the tune of 28.1 trillion yen (258 billion U.S. dollars).

It will be financed by an extra budget for fiscal 2019 and 2020, both of which will be drafted this month, the government said.

The package will see funds allocated to bolster infrastructure and measures to support post-disaster recovery efforts, government sources said, with allocations also being made to preempt potential economic downside risks.

These threats, the sources said, include external economic issues and a possible global downturn. Domestic pressures, meanwhile, are stemming from waning consumer demand in the wake of a consumption tax hike from 8 to 10 percent here, which came into effect on Oct. 1.

As a means to try and bolster consumer spending, the government launched a program in October to promote cashless payments at some stores, by offering those opting not to pay in cash rebates on purchases, with the program set to run through June next year.

The system is expected to be launched in September next year, with the latest measures aimed at stemming the fallout from the recent tax hike, which has seen consumer sentiment zapped, local economists said.

Reconstruction efforts in the wake of a string of natural disaster, including two powerful typhoons that wreaked havoc in the country in September and October, will be supported by more than half of the public works allocation, the government said.

The overall allocation for public works spending is also aimed at addressing a likely tumble in spending after Tokyo Olympics and Paralympics in 2020.

The package will also see funds earmarked for small and medium-sized enterprises (SMEs) to increase wages at the lower tier of companies' benchmarks, improve business conditions and bolster capital expenditure through subsidies.

In response to Japan's rapidly aging and shrinking population, which is hollowing out the nation's workforce and causing social welfare costs to balloon, the government is also looking to finance job training for people in their 30s and 40s in a bid to bolster the workforce.

Funds will also be made available to promote information and communications in education, with allocations earmarked for providing students with access to computers and tablets by fiscal 2023 at elementary and junior high-schools here.

Japan's economy logged an expansion in the first three quarters of 2019, however median economists here believe the world's third-largest economy may shrink an annualized 2.7 percent in this quarter, owing to the sales tax hike and costs associated with damage and slumping business caused by the recent natural disasters.

With, the nation's key export sector being under pressure, Japan's economy is expected to slip into a recession, they said, adding that the stimulus pack is largely aimed at preemptively "taking the edge of the economy's likely reverse" and providing a kick-start thereafter.

"The size of the package is pretty big considering the official government assessment of the economy is that it remains on a recovery trend. We've heard a lot about preventive interest rate cuts, but these are preventive fiscal measures," Yuichi Kodama, chief economist at Meiji Yasuda Life Insurance Co. in Tokyo., was quoted as saying on the matter.