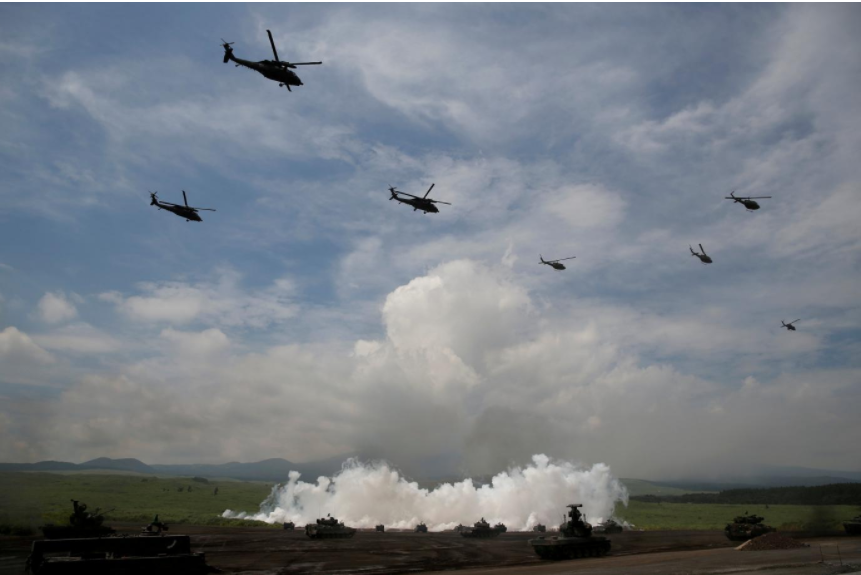 Japan’s government approved a record military budget on Friday but did not earmark enough extra money to stop a splurge on US-made ballistic missile defense kit from putting a squeeze on funding for an ambitious domestic jet fighter project.

Japan’s defense outlays for the year starting April 1 will rise for a sixth straight year, increasing by 1.3 percent to 5.19 trillion yen ($45.76 billion), according to a budget breakdown published by the government. The biggest ticket item is 137 billion yen to reinforce defenses against a possible North Korean ballistic missile attack.

That includes purchases of a new longer range interceptor, the SM-3 Block IIA, designed to strike ballistic missiles in space, upgrades for the Patriot missile batteries that are the last line of defense against incoming warheads and preparations for the construction of two ground-based Aegis radar stations. 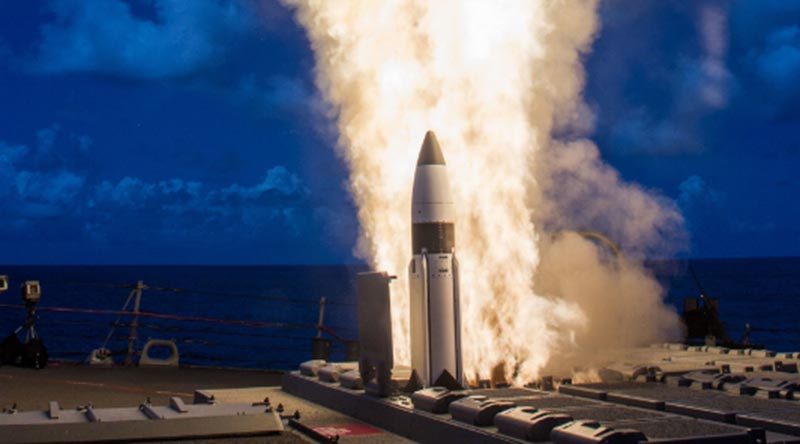 Japan will also spend 2.2 billion yen to begin acquiring medium-range air-launched cruise missiles able to strike sites in North Korea in a bid to deter any potential attack by Pyongyang, which continues to test ballistic missiles.

“It is essential that we have the latest, most capable equipment to bolster our defenses,” Japanese Minister of Defence Intsunori Onodera said after he and other Cabinet members approved the new spending plan.

The latest rocket launched by the North on Nov. 29 reached an altitude of more than 4,000 km (2,485 miles) before plunging into the Sea of Japan.

A spending spree on mostly US-made equipment means Japan’s defense planners are being forced to curtail domestic programs that would help local defense contractors such as Mitsubishi Heavy Industries and Kawasaki Heavy Industries maintain their military industrial base. That may force Japan to curtail its long-held ambition to build an advanced stealth fighter, dubbed the F-3.

In November, US President Donald Trump called on Prime Minister Shinzo Abe to buy more US-made weapons as his administration pushes Washington’s allies to contribute more to their joint defense.

Japan plans to allocate 279 billion yen of its next budget to buy defense equipment through the US government’s Foreign Military Sales system, 15 percent more than the current budget and more than double the amount spent in year that ended March 31, 2015.

People who spoke to Reuters in November said Japan will delay a decision to develop the F-3, which is meant to counter military technology advances by China, putting on hold a project estimated to be worth more than $40 billion.

A budget request submitted in August earmarked 7.4 billion yen for a new large jet engine test facility that Japan’s defense ministry will need to test a prototype F-3 engine. That item was not included in the budget approved on Friday.

A proposed 2.4 billion for other F-3 research was also trimmed to 1.6 billion yen.

“Money is being spent in other areas and this is a sign that the government sees the F-3 as a low priority,” a Japanese defense ministry official said. He asked not to be identified because he is not authorized to talk to the media.