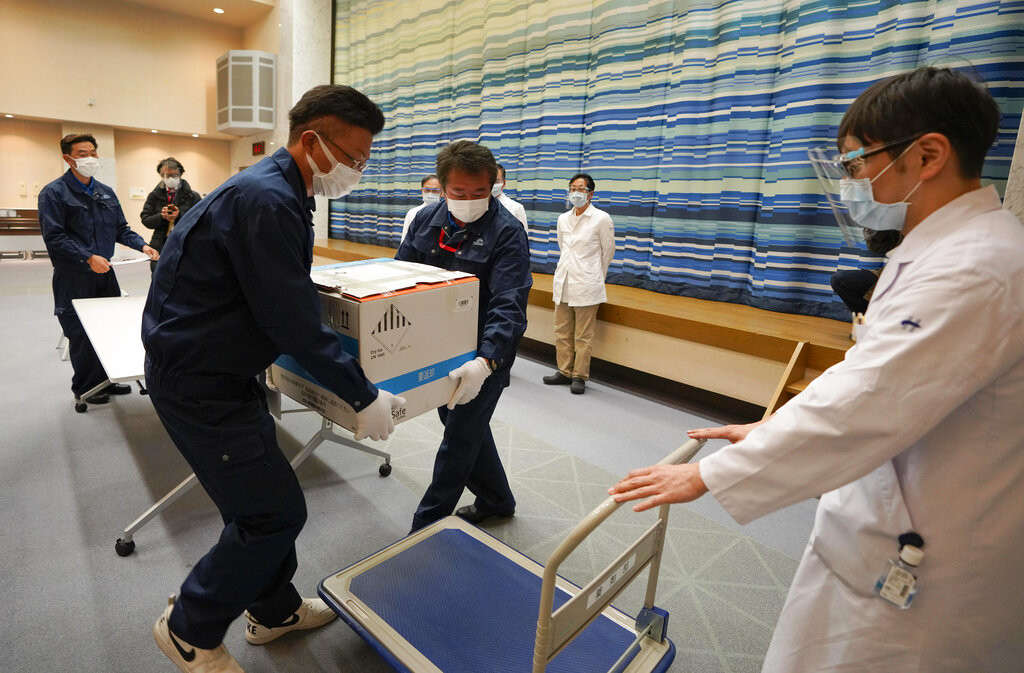 Delivery staff move a box of Pfizer Inc's COVID-19 vaccine on a carriage at the hospital in Tokyo, Japan, Tuesday, Feb. 16, 2021. Photo: AP

The government gave its belated first approval for shots developed and supplied by the Pfizer shots, already been used in many other countries since December.

Supplies of imported vaccines are a major concern because of supply shortages and restrictions in Europe, where many are manufactured.

Some of 40,000 doctors and nurses from 100 selected hospitals across the country received their first shots Wednesday, with their second shot planned for March 10. Half will participate in a 7-week health survey.

Inoculations of 3.7 million more health workers will begin in March, followed by about 36 million people aged 65 and older starting in April. People with underlying health issues, as well as caregivers at nursing homes and other facilities, will be next, before the general population receives its turn.

The 2020 Tokyo Olympics are to begin in July.