TOKYO, May 31 (Xinhua) -- A soccer stadium in western Japan's Hyogo Prefecture on Monday began functioning as a large-scale COVID-19 vaccination center for seniors aged 65 or older. 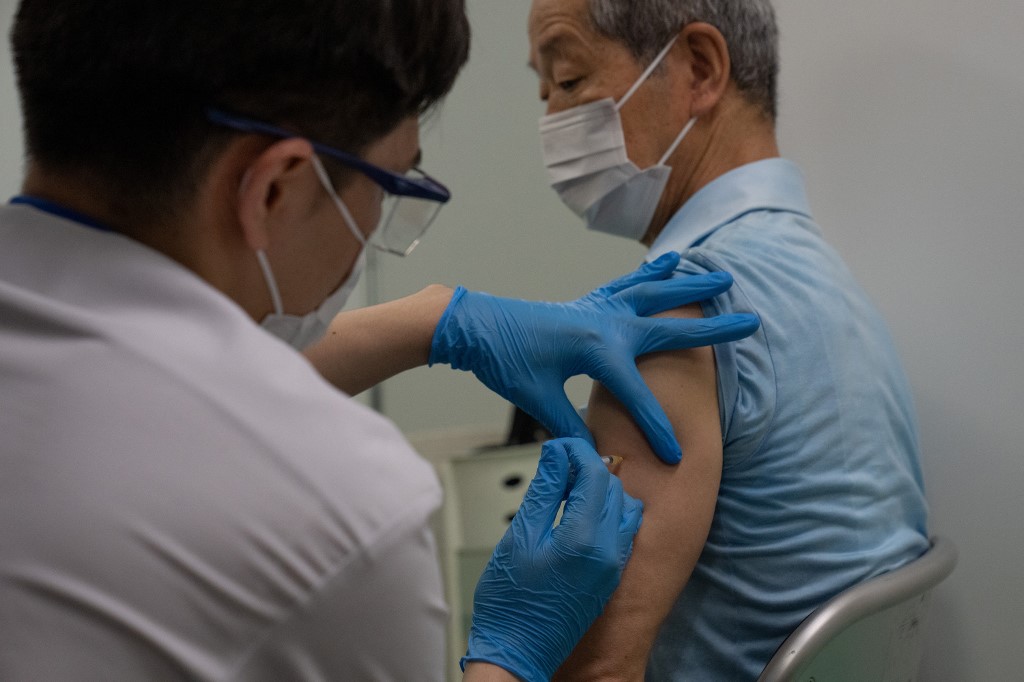 As a part of the central government's push to expedite its sluggish vaccination rollout, the Noevir Stadium Kobe, home of the J. League soccer club Vissel Kobe, vaccinated around 1,000 people on Monday, according to officials.

The number of inoculations given at the stadium will be ramped up to 5,000 a day, a similar number as a Self-Defense Force (SDF)-staffed mass vaccination center that opened in Osaka last week and half of that of one in Tokyo that aims to vaccinate 10,000 seniors a day.

The Japanese government has come under criticism for being the slowest among a number of advanced economies to rollout its vaccination campaign and has succeeded in administering just one dose to just over 6 percent of its population of 126 million.

The large-scale vaccination centers are aimed at helping to complete administering vaccinations of 36 million seniors aged 65 or older by the end of July.

The government here on Friday came under heavy fire from foreign chambers of commerce based here who said that Japan had failed to make progress comparable to other nations that are making "substantial" expansion of business and travel possible due to vaccinations.

"We therefore urge the government to rapidly expand the vaccination program in Japan by mobilizing all of the country's considerable resources to ensure the vaccine is rapidly deployed and availability extended to a wider age group," the chambers of commerce said in a joint statement.

"Barring entry of foreign residents of Japan without any scientific evidence that they pose more risk to public health than returning Japanese nationals is both discriminatory and ineffective public health policy," the joint statement said.

"Japan should return to its previous approach, the approach of other G-7 (Group of Seven) countries, that allows foreign nationals with established residency status and their immediate family members to depart and enter the country on the same basis as Japanese nationals," the business chambers said.

"We ask that the government amend these rules immediately."