Japan held a ceremony commemorating 30 years of Emperor Akihito's reign on Sunday as the emperor is about to abdicate on April 30. 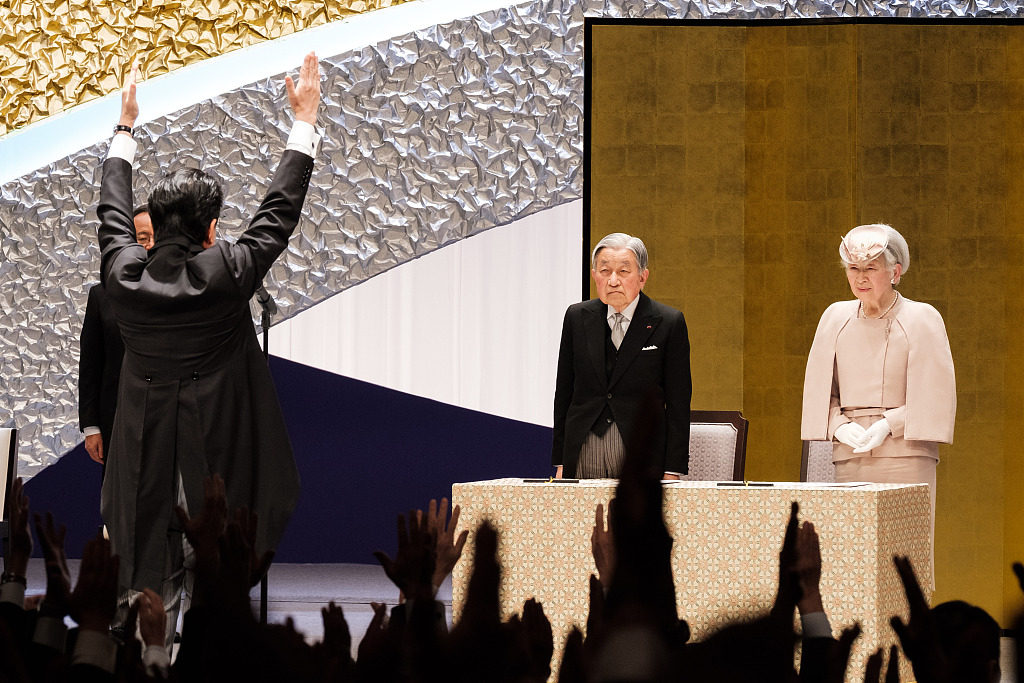 Prime Minister Shinzo Abe, who attended the ceremony held here in Tokyo, said in a speech that the Japanese will "never forget" how the imperial couple have "always stood by the people for 30 years."

Abe said that since the emperor ascended the throne, the imperial couple have paid official visits to many countries, which strengthened bilateral relations.

"The people of Fukushima were given the courage to move forward as they tried to recover from the globally unprecedented triple disaster of earthquake, tsunami and nuclear crisis in 2011," Fukushima Governor Masao Uchibori said, expressing gratitude to the imperial couple for their support to the prefecture.

It is "fortunate that I have been able to undertake duties with the help of people," Emperor Akihito said.

He said he thanked "the people, in whom I take pride and for whom I feel joy in being 'the symbol of the state' and the civilization of this country built over the long period."

The emperor also expressed gratitude to foreign nations and international organizations for their support when Japan was "in the middle of suffering and sorrow" because of the natural disasters.

Emperor Akihito, 85, in a rare nationally-televised address in August 2016, expressed his desire to relinquish his duties as emperor owing to concerns about his age, health and ability to carry out his formal duties.

Cover image: Japan's Emperor Akihito, left, and Empress Michiko, depart after attending the ceremony commemorating the 30th anniversary of the Emperor's reign at the National Theatre of Japan in Tokyo, Japan, on Sunday, Feb. 24, 2019.