Japan is concerned about delays in the distribution of European-made coronavirus vaccines, an official said Tuesday, as it struggles to obtain enough doses to allow it to host the Olympics this summer.

Taro Kono, the Cabinet minister in charge of COVID-19 vaccines, said the EU's lack of clarity in its supply schedule is affecting Japan's preparations. 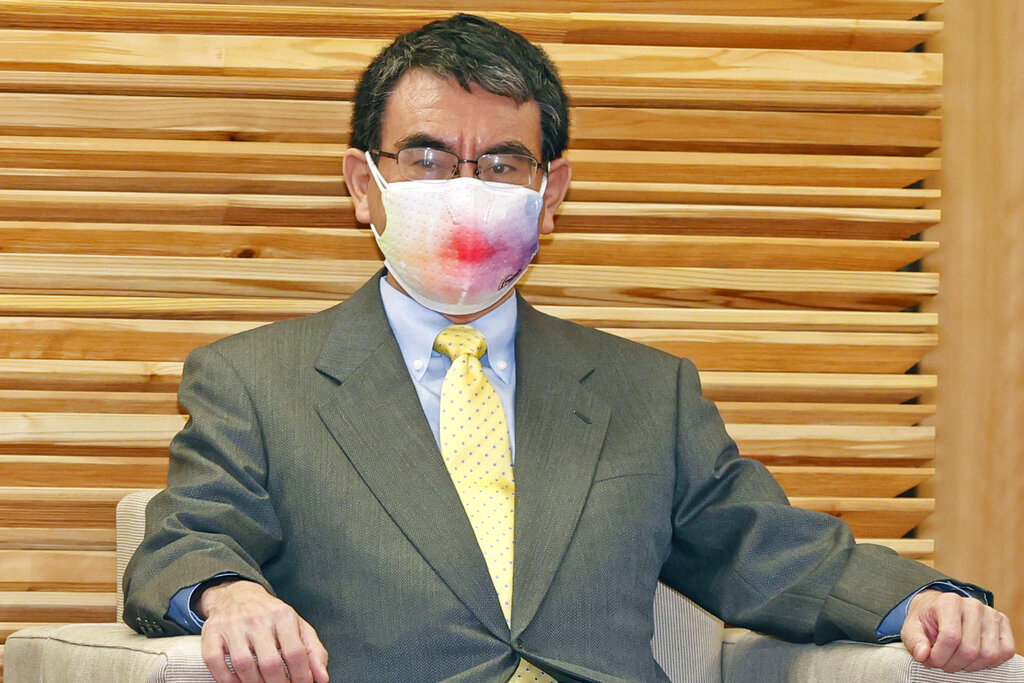 “Our vaccine supply schedule has not been finalized even now,” Kono said.

Last month, the EU announced export controls on coronavirus vaccines made in the bloc under a so-called transparency mechanism requiring producers to prioritize existing contracts with the EU.

The Pfizer vaccine is expected to be the first to receive Japanese government approval later this month. Prime Minister Yoshihide Suga said Tuesday that he hopes to begin inoculations using the Pfizer vaccine in mid-February — earlier than the initially planned late-February — starting with medical workers, elderly people and others with underlying health conditions.

The general public is not expected to begin being vaccinated until around June, making it difficult to obtain “herd immunity” ahead of the Olympics in July, especially in a country known for vaccine skepticism.

Kono said some Pfizer vaccines are produced in the EU and subject to the region’s vaccine export control system. He said Tokyo is negotiating with the EU to ensure a fair distribution of the vaccine to Japan as agreed with the pharmaceutical company.

Japan has signed agreements with two other foreign pharmaceutical makers — AstraZeneca of Britain and Moderna Inc. of the United States — to provide a total of more than 310 million vaccine doses this year.

Japan is to receive 144 million doses from Pfizer, 120 million from AstraZeneca and the rest from Moderna.

EU Executive Vice President Valdis Dombrovskis told Motegi that he understands Tokyo’s concerns and the EU will do its utmost to achieve smooth vaccine exports based on existing contracts and favorable Japan-EU relations, the ministry said. 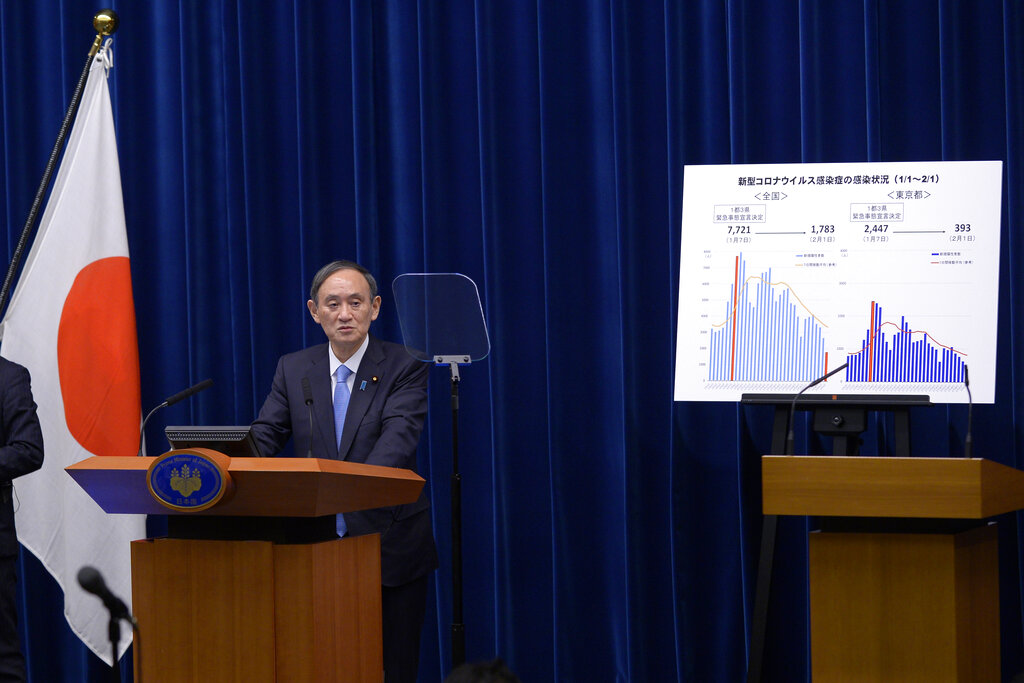 Suga has promised to secure enough vaccines to cover Japan's entire population of 127 million by June. He said Japan is seeking to achieve a safe and secure Olympics with or without vaccines.