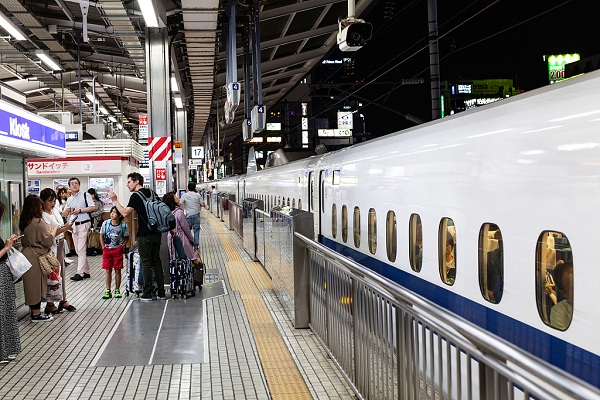 The test marked a world-first for such a high-speed train to be powered by batteries, with the train's operator, JR Central, saying that it hoped the new technology could help in emergencies.

JR Central said that if there was a power outage for an extended period of time and regular trains were stranded in tunnels or on bridges, for example, the new battery-powered Shinkansen would be able to continue to the nearest station under its own power.

The high-speed train, known as the N700S and set to be rolled out in July 2020, has been designed to carry battery packs bellow its carriages owing to the size of other equipment and technology on the underside of the carriages being reduced.

The test run of the battery-powered N700S was held on Wednesday for the media in Mishima, Shizuoka Prefecture.