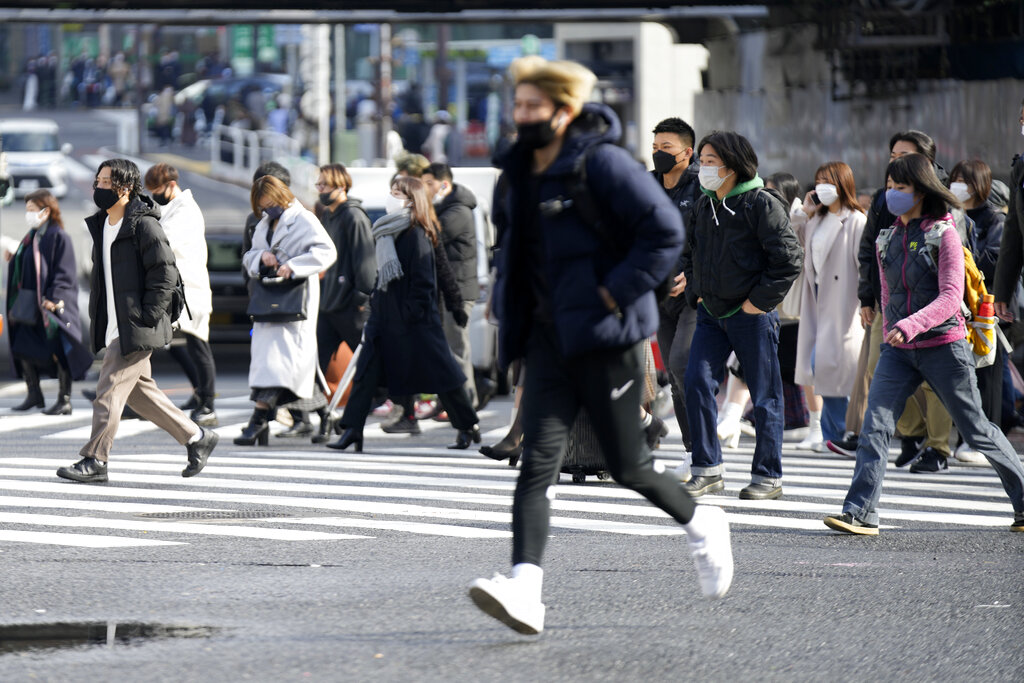 Japan on Wednesday confirmed its first known local transmissions of the new omicron variant of the coronavirus in Osaka, a sign it is already making its way in the country.

The family of three in Osaka had no record of traveling overseas and their infections could not be traced, Osaka Gov. Hirofumi Yoshimura said.

Yoshimura said current restrictions on eateries in Osaka will remain in place, including a limit of four people per table for a maximum of two hours, to minimize risks during the yearend holiday season, when coronavirus infections surged last year.

About 80 previous omicron cases have been identified in Japan, but all involved people who tested positive upon entry at airports or those linked to them, government officials have said.

Health Minister Shigeyuki Goto, responding to the confirmation of the Osaka cases, said the government will do its utmost to prevent a further spread of the variant.

Japan eased its border controls in November, but quickly reinstated a ban on most new foreign entrants after omicron was first identified in South Africa.

Prime Minister Fumio Kishida said Tuesday that he plans to keep the border controls, among the world's most stringent, in place until more details about the omicron variant are known.

Kishida said Japan is also tightening quarantine rules for those who come in close contact with omicron patients, requiring 14 days of isolation at designated facilities instead of the previous self-isolation at home.

He also announced plans to accelerate booster shots of COVID-19 vaccines, which started with medical workers in December.