TOKYO, Jan. 10 (Xinhua) -- Japan's health ministry said on Sunday that four passengers who arrived at Tokyo's Haneda airport from Brazil earlier this month had been found to be infected with a new variant of COVID-19. 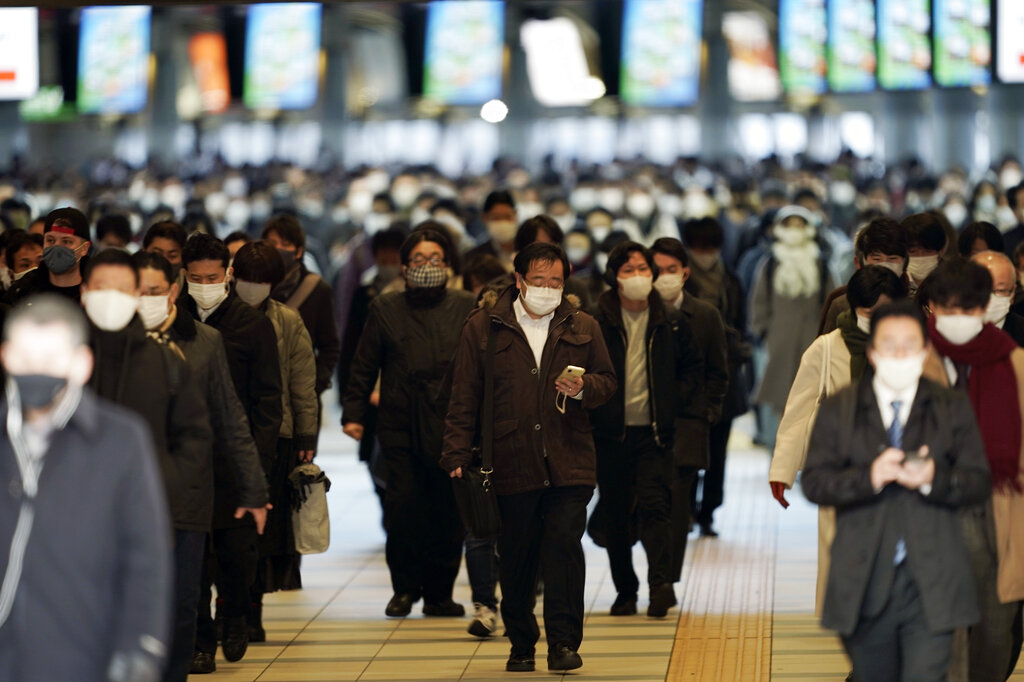 A station passageway is crowded with commuters wearing face mask during a rush hour Friday, Jan. 8, 2021 in Tokyo. (Photo: AP)

The ministry said the four people arrived at Haneda airport on Jan. 2 from Amazonas, Brazil. They tested positive after the airport quarantine.

Among them, a man in his 40s had been hospitalized due to difficulty of breathing, a woman in her 30s had symptoms of throat pain and headaches, said the ministry. A male teenager had developed a fever while a female teenager had shown no symptoms.

Japan's National Institute of Infectious Diseases said there was no evidence so far that the new mutant strain was highly infectious though the variant showed some similarities to those reported in Britain and South Africa.

As of Sunday night, the confirmed COVID-19 cases in the country increased by 6,076 to reach 288,746, according to the latest figures from the health ministry and local authorities.

The death toll in Japan from the pneumonia-causing virus currently stands at 4,074, with 39 new fatalities announced Sunday.