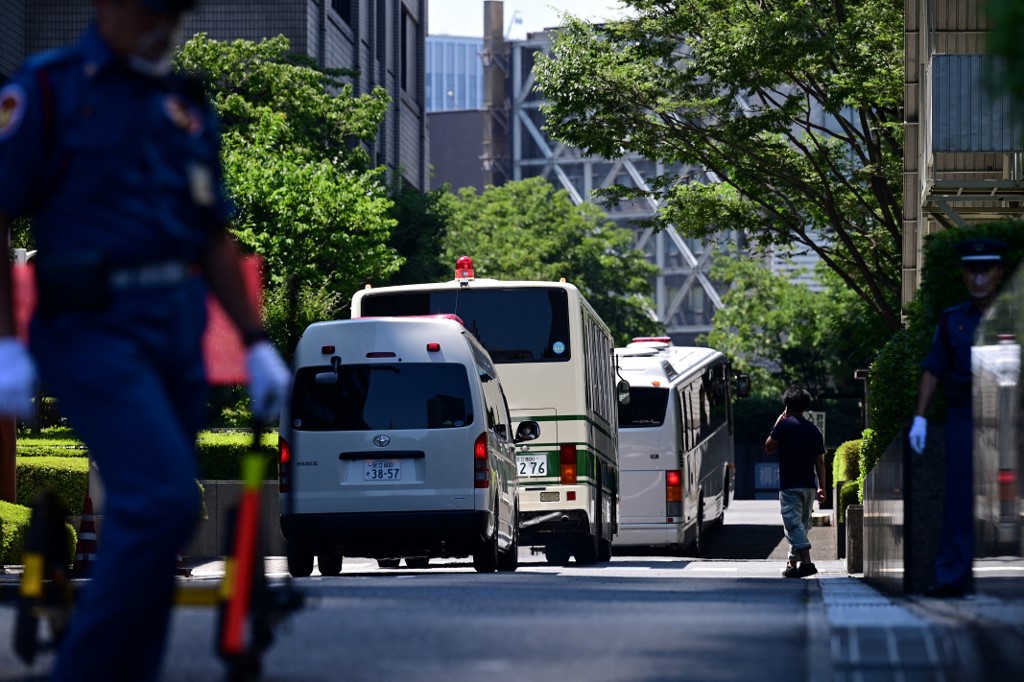 A bus believed to be carrying former US special forces member Michael Taylor and his son Peter, who allegedly staged the operation to help fly former Nissan chief Carlos Ghosn out of Japan in 2019, arrives at the Tokyo district court ahead of their verdict in Tokyo on July 19, 2021. (Photo: AFP)

A Tokyo court on Monday handed jail sentences to a U.S. father-son duo who helped smuggle former Nissan chief Carlos Ghosn out of Japan in 2019 in an audio equipment case.

Former U.S. Special Forces operative Michael Taylor was jailed for two years and his son Peter given a sentence of 20 months over their role in the escape.