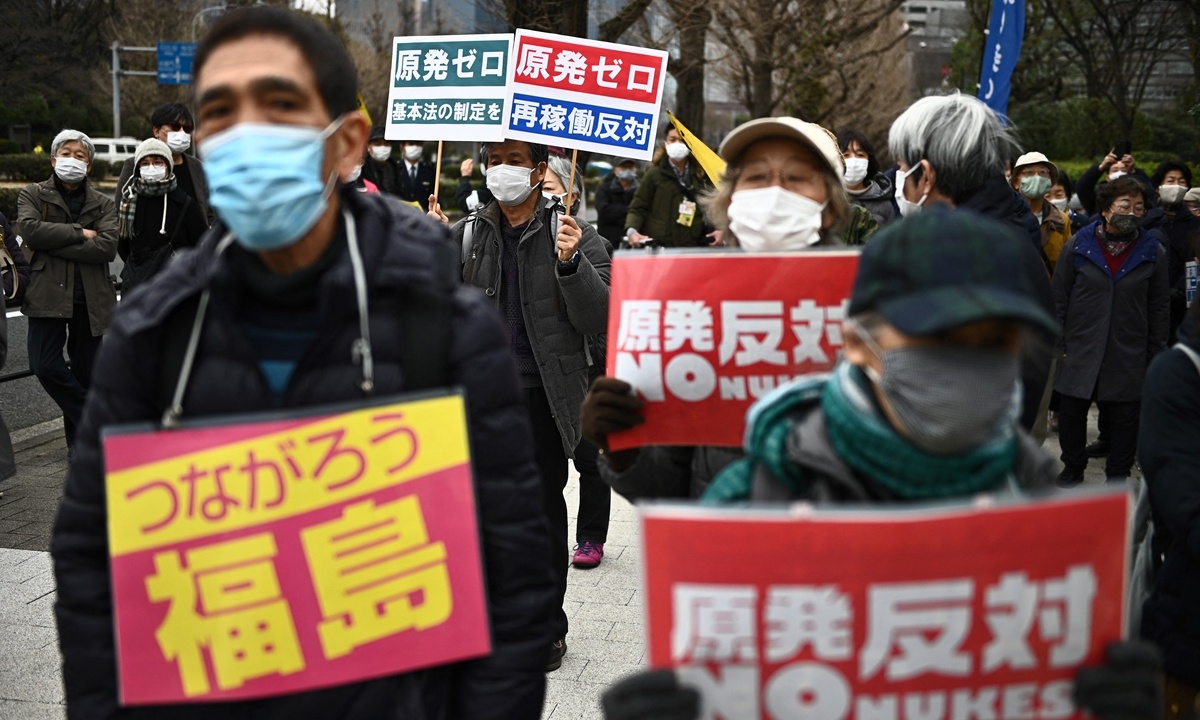 Activists take part in an anti-nuclear protest outside the Parliament building in Tokyo, Japan on March 7, ahead of the 10th anniversary of the Fukushima nuclear disaster this March 11. (Photo: AFP)

Japanese Prime Minister Yoshihide Suga said on Tuesday that his government has decided to discharge contaminated radioactive wastewater in Fukushima Prefecture into the sea amid domestic and international opposition.