Emperor Naruhito and Empress Masako will attend Queen Elizabeth II's funeral, the Japanese government said Wednesday, in their first overseas trip since assuming the throne in 2019. 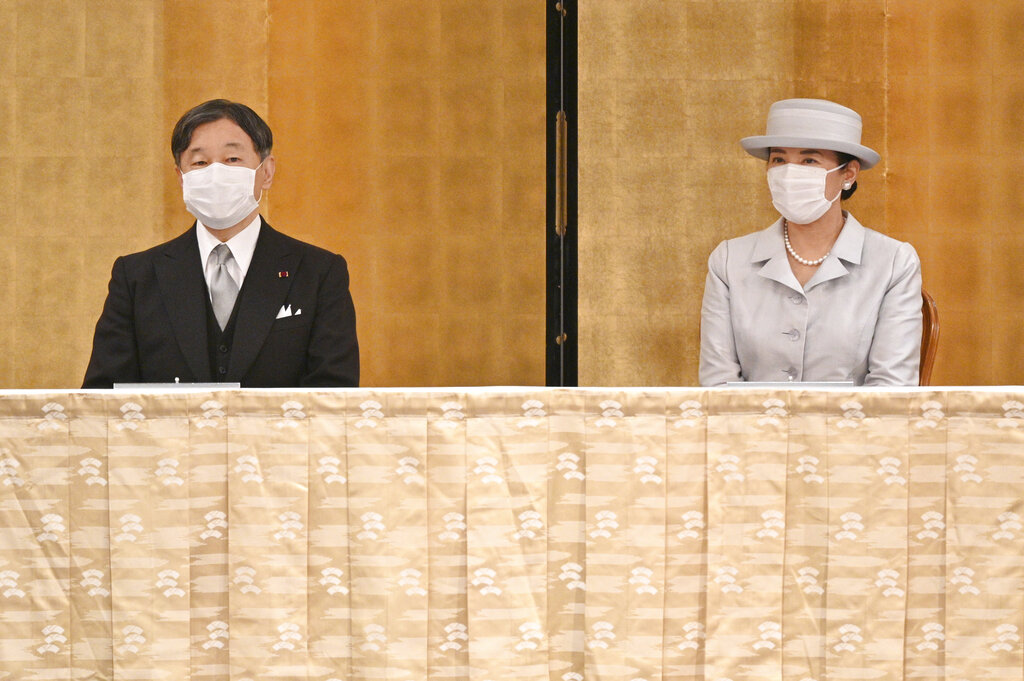 Japan's Emperor Naruhito, left, and Empress Masako attend the ceremony for the 75th founding anniversary of the Japan War-Bereaved Family Association at a hotel in Tokyo on Monday, Sept. 12, 2022. (Photo: AP)

Top government spokesman Hirokazu Matsuno told reporters that the royal couple would be present but Prime Minister Fumio Kishida and other government officials would not attend.

Queen Elizabeth met three generations of Japanese royals and had invited Emperor Naruhito and his wife to visit the UK, a trip that was nixed because of the coronavirus pandemic, Matsuno said.

Naruhito attended Oxford University in the 1980s and Masako also studied there as a young diplomat in the same period.

During his studies, Naruhito met the queen and British royals, including a visit to Balmoral Castle.

Naruhito's father Akihito attended the queen's coronation in 1953 as crown prince, the eldest son of then emperor Hirohito.

The Japanese royal couple have made fairly few public appearances during the pandemic, over infection fears.