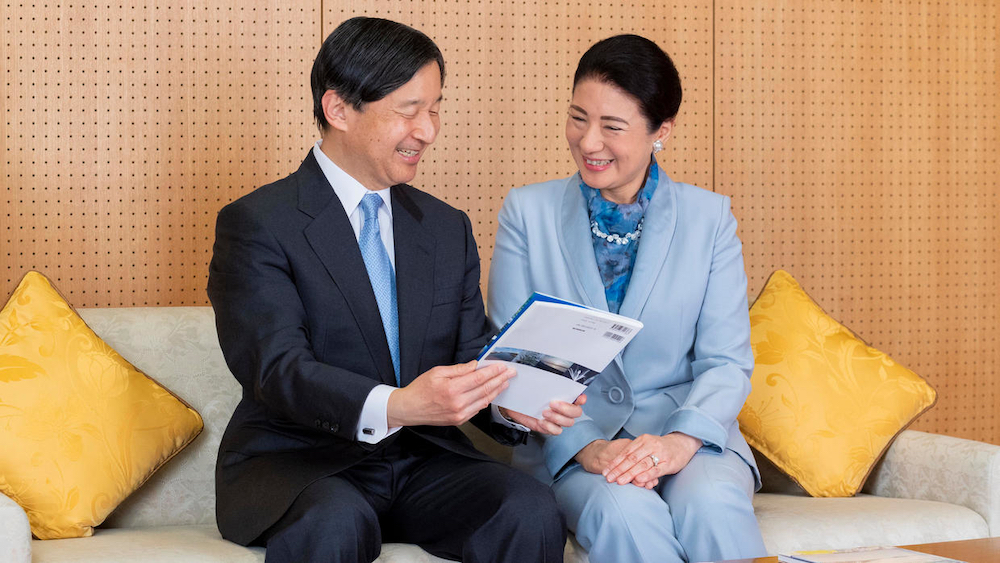 Japan's Emperor Naruhito has said his wife Empress Masako "still has ups and downs" as she battles to recover from a longstanding stress-induced illness related to her royal duties.

The health of Masako, who was fit enough to attend all of Naruhito's ceremonies when he was sworn in as emperor last year, is a major talking point in Japan.

Hopes were raised that she had recovered from her illness as she was present at a series of public events last year but Naruhito warned the empress was "still on the path to recovery".

"Her condition has its ups and downs and her fatigue tends to be prolonged after a big event or when events take place one after another," he told reporters at a news conference to mark his 60th birthday.

"I want her never to extend herself too much but continue to work on what she can do," he said, describing her as "a good consultant on both private and official matters".

The Harvard- and Oxford-educated Masako left behind a promising diplomatic career to marry into the royal family in 1993.

In 2004, the palace disclosed she had been undergoing treatment for stress-induced adjustment disorder, which has forced her to skip some royal engagements.

The couple's only child Aiko, 18, will study Japanese literature from April at Gakushuin University, of which Naruhito is an alumnus.

She cannot succeed her father as only a male heir can ascend the Chrysanthemum Throne.

Naruhito's younger brother Akishino is first in line to the throne. His son, 13-year-old Hisahito, is second.

Aiko would lose her royal status once she marries a commoner.

That has raised the prospect of a succession crisis if Hisahito does not have a son but the emperor refrained from commenting on the male-only rule.

He said he talks about the issue with Akishino but went no further than that.

A public gathering to celebrate his first birthday as the emperor was cancelled as fears grow over the spread of the new coronavirus in the country.

"I hope the spread of infections will stop as early as possible," he said while praying for the recovery of patients and thanking medical workers.