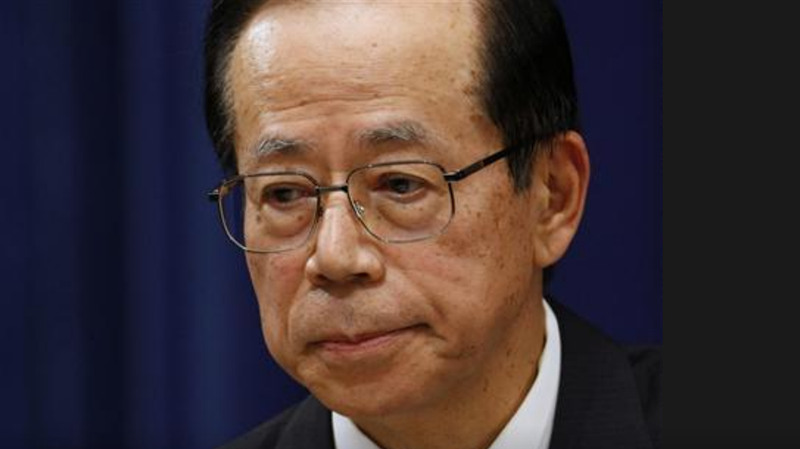 Fukuda's remarks come as the Biden administration has been pursuing a theory suggesting a lab in central China's Wuhan City was the true source of the novel coronavirus, even though scientists have dismissed the theory as highly unlikely.

"China should not apologize over such rumors," the former prime minister said, adding that he understands China's opposition to the politicization of COVID-19's origins tracing, according to Global Times.

He noted that in Iraq in the early 2000s, weapons of mass destruction were never found, despite the U.S. claiming otherwise. "How could we hastily believe what superpowers claim?" he concluded.

The 85-year-old also voiced his disapproval of the ruling Liberal Democratic Party's (LDP) plan to raise Japan's defense spending to above 2 percent of its GDP, a sharp rise compared to the less than 1 percent that has been in place in decades.

The LDP's plan to boost the defense budget marks an attempt to revise Japan's post-war constitution, which is considered a pacifist document, and clarify the military's status, an issue deemed sensitive over the last six or so decades. The party is campaigning hard to maintain its majority in parliament in October 31 elections, but this long-term policy goal has struggled to win support from the Japanese public.

Fukuda also said Japan should improve ties with China, South Korea and Russia. "If all our neighbors are enemies, we wouldn't be able to thoroughly defend ourselves no matter how we try," he said. "It is necessary to avoid making enemies."

On issues related to the Diaoyu Islands, Fukuda said both countries need to look at the bigger picture.

A longtime advocate for better relations with China, Fukuda and his father both served as prime ministers and signed documents with China that notably benefited bilateral ties.