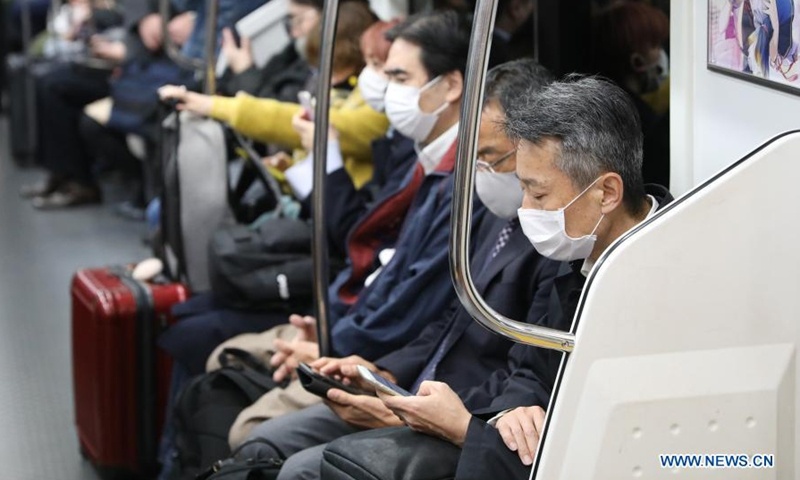 A rise in domestic demand as well as exports helped drive the quarter-on-quarter growth, after the coronavirus pandemic and a consumption tax hike slammed the economy into reverse earlier in 2020.

The positive figures come after three quarters of contraction in the world's third-largest economy, with revised data showing the economy shrank 8.2 percent in Q2, more than the previously estimated 7.9 percent.

That was the worst figure for Japan since comparable data became available in 1980, exceeding even the brutal impact of the 2008 global financial crisis.

The Q3 growth will be welcome news for Japan's government, which has avoided the tough lockdown measures seen in some other countries as it tries to balance preventing the spread of coronavirus with protecting the economy.The results also beat economist expectations of 4.4 percent growth, and analysts said the recovery was likely to continue into the final quarter of 2020.

"Between July and September, economic activity in Japan experienced a return to a somewhat normal status as the government lifted the state of emergency in the country," said Naoya Oshikubo, senior economist at Sumitomo Mitsui Trust.

"Looking ahead, we believe that GDP figures in the next quarter should continue to show signs of recovery, albeit at a slower pace," Oshikubo said in a note before the official release of the data.

"Pent-up demand should decelerate, mainly due to second waves of COVID-19 overseas," he added.

Japan was already struggling with a stagnating economy and the impact of a consumption tax hike implemented in 2019 before the pandemic hit.

It has seen a smaller coronavirus outbreak compared to some of the worst-hit countries, with infections approaching 120,000 and deaths at slightly under 2,000. But Prime Minister Yoshihide Suga last week issued a warning over a recent rise in infections, though he said the government's campaign to promote domestic tourism would not be halted for now.