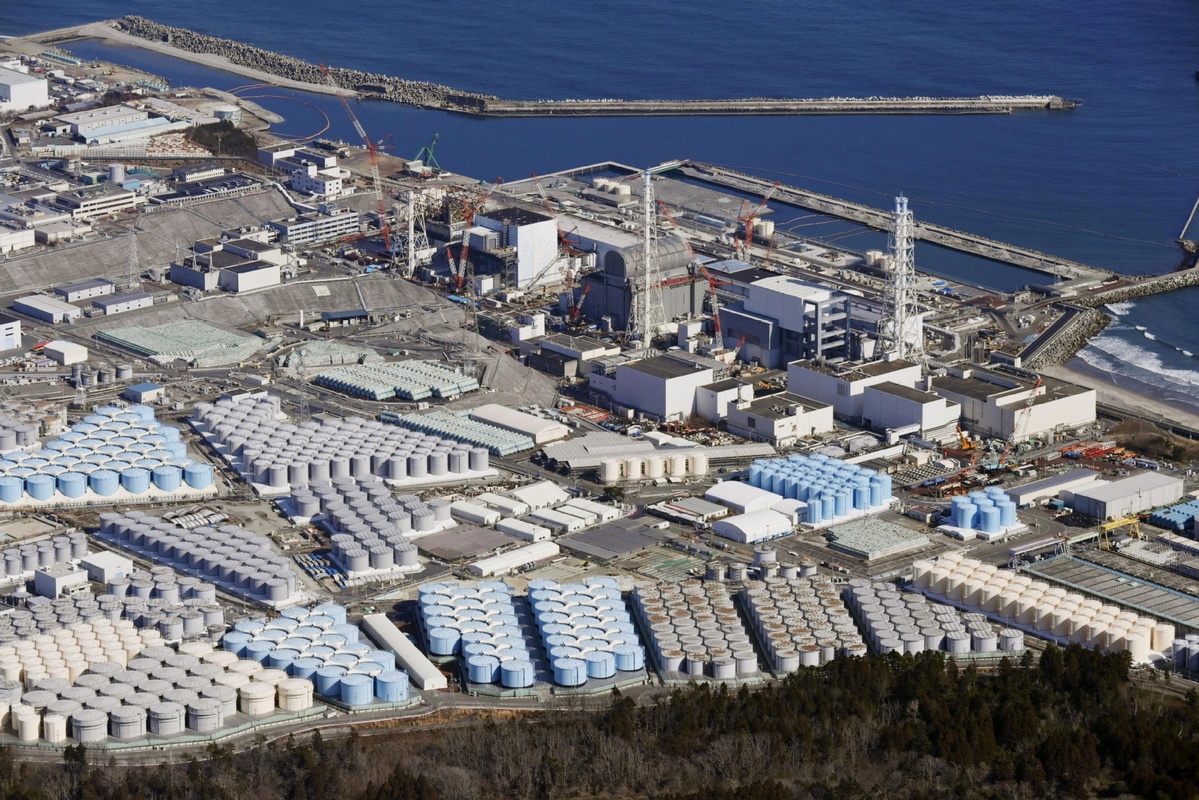 On Wednesday, several countries voiced their grave concerns about a decision by Japan to dump contaminated water from Fukushima nuclear accidents into the sea.

China, South Korea, Russia and other countries expressed dissatisfaction with Japan's decision at the 31st Meeting of States Parties to the United Nations Convention on the Law of the Sea (UNCLOS).

"All countries have the obligation to abide by the provisions of UNCLOS on the protection and preservation of the maritime environment, and jointly take care of the home that mankind depends on for survival," said Geng Shuang, China's deputy permanent representative to the United Nations.

"Recently, the Japanese government unilaterally decided to dispose of the contaminated water from Fukushima nuclear power plant by ocean discharge. China expresses her grave concern to this decision," he said.

Geng pointed out that the amount of nuclear-contaminated water Japan intends to discharge, its duration, the sea area covered, and its potential risks are all unprecedented.

On April 13, the Japanese government announced plans to release more than 1 million tons of contaminated wastewater from Fukushima nuclear accidents into the Pacific Ocean over the next 30 years, with the first discharge beginning in about two years. It will be the largest nuclear waste-releasing activity in human history.

Geng mentioned that Studies have shown that once the Fukushima nuclear-contaminated water is released into the sea, it will quickly spread to most of the Pacific Ocean, and further to the global waters.

"The nuclear-contaminated water that Japan plans to discharge contains a lot of radioactive substances which will have severe impacts on the maritime environment, ecosystems and human health," he said.

"According to the stipulations of UNCLOS, when dealing with nuclear-contaminated water, Japan should take all measures necessary to ensure that activities under its jurisdiction or control will not cause damage by pollution to other States and their environment, and to ensure that resulting pollution will not spread beyond the areas where it exercises sovereign rights," he continued.

Experts have pointed out that dumping nuclear-contaminated water into the sea is not the only solution Japan can take. There are other ways to dispose of it, including "hydrogen release", "stratum injection" and "underground burial".

"Japan is fully aware that the discharge of nuclear-contaminated water may cause severe harm to the global marine environment. It is fully aware of its international obligations under UNCLOS and other international treaties. It is also fully conscious of various doubts and opposition at home and abroad," he said.

However, before exhausting safe disposal means, disclosing all relevant information, fully consulting with neighboring countries and other stakeholders or coming up with verification arrangement that can be monitored, Japan decided unilaterally to dump the nuclear-contaminated water into the sea out of pure economic considerations, Geng said.

"This approach is opaque, irresponsible and unfriendly. It is maliciously intended, knowingly offensive and self-interested, and it runs counter to the consensus and momentum of the international community to protect and sustainably use the oceans," he said.

He said that China strongly urges Japan to earnestly fulfill its international obligations and handle the Fukushima nuclear-contaminated water issue prudently in an open and transparent manner.

"Without fully negotiating and reaching a consensus with all stakeholders and relevant international institutions, no nuclear-contaminated water can be discharged into the ocean wantonly. Japan should face up to and fulfill its responsibilities to all mankind and the future generations by avoiding irreversible damage to human health and global marine ecology," he said.

Worried about the discharge plan, South Korea and Russia also expressed their objections at Wednesday's meeting.

"Disposal of contaminated water is an issue of global importance, as its impact on human health, the maritime ecosystem and the environment goes beyond boundaries and borders," said Jongin Bae, deputy permanent representative of the Republic of Korea to the UN.

"We underline that transparency, open and good-faith consultation with all stakeholders, including neighboring countries, and precautionary principle must be fully observed in making a decision having transboundary impact."

"In that regard, we join all the other relevant stakeholders in expressing grave concern over the detrimental impact on health and safety that may result from the disposal of contaminated water into the sea and reiterate our call for the reconsideration of the decision, he said.

Anna Evstigneeva, a Russian diplomat to the UN, said: "We share the concern stated by the representatives of the Republic of Korea and China when they were talking about the planned release of water from Fukushima One, a nuclear plant. We also share the opinion that it would make sense to have a comprehensive assessment of this by a specialized agency and also bilaterally with neighboring states."