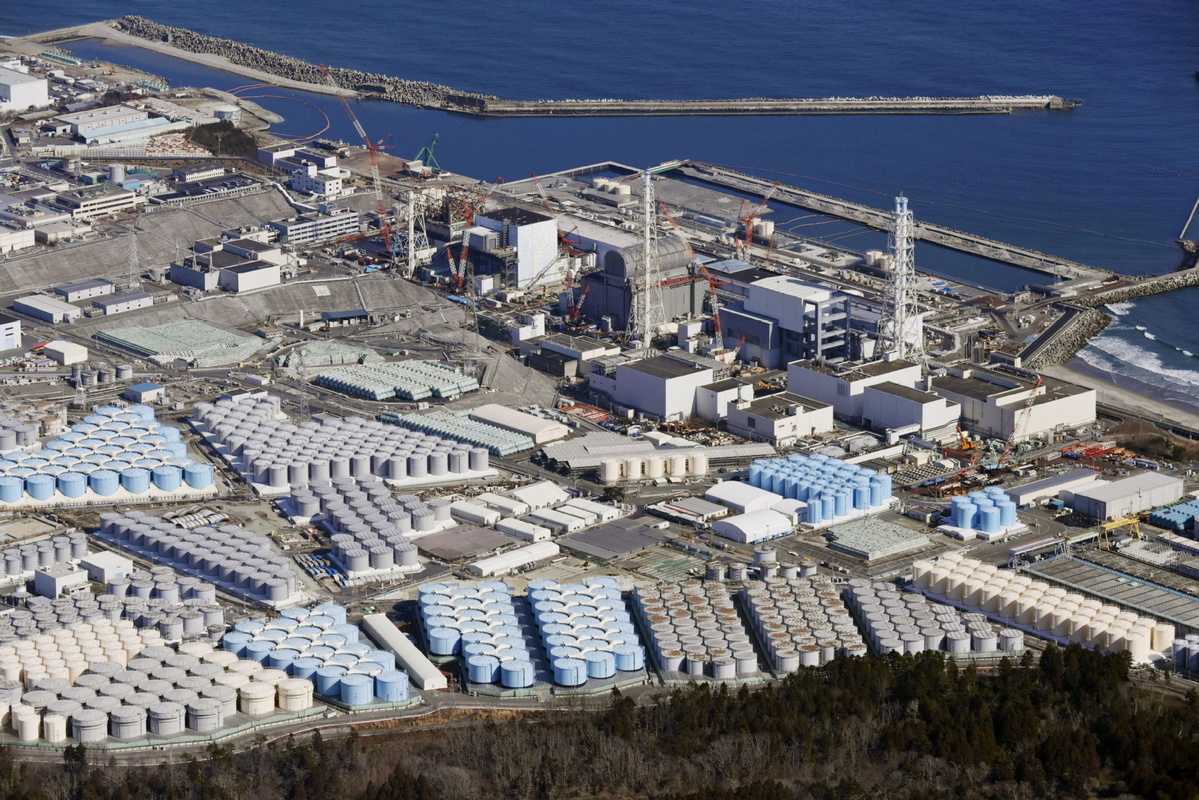 TOKYO -- Japan's fisheries federation said on Tuesday that it remained firmly opposed to the government's plan of dumping toxic water from the crippled Fukushima nuclear power plant into the Pacific.

"I told (Prime Minister Fumio) Kishida our position to oppose the discharge remains exactly the same," Hiroshi Kishi, head of the national fisheries cooperatives, told reporters after his meeting with the prime minister.

Kishida, for his part, said the government will be fully responsible for the impact of the discharged treated water, Kishi said.

Earlier in the day, Kishi held talks with Industry Minister Koichi Hagiuda, during which he also expressed his ardent opposition to the plan to dump contaminated water from the crisis-hit plant into the ocean.

"We just hope people in the fisheries industry will be able to continue fishing with peace of mind," Kishi said after meeting Hagiuda in the federation's office in Tokyo.

Hagiuda's visit to the organization was his first since the decision was made in April last year to release low-level radioactive water into the sea from around the spring of 2023.

During the meeting, Hagiuda reportedly explained ways to ensure safety and measures to tackle reputational damage to food products.

The minister said the government will keep its promise to the fishermen that the crippled plant will not dump the water into the ocean without their understanding and that it will "create a very large fund to support their businesses," Kishi said.

Tokyo Electric Power Company Holdings Inc., the operator of the crippled nuclear plant that underwent core meltdowns after being pummeled by a devastating earthquake-triggered tsunami in 2011, said that it is running out of storage tanks to hold water used to cool the melted-down cores.

The Japanese government has been looking into ways to dispose of more than 1 million tons of water used to cool the cores, with the plant struggling to store the water, the amount of which is rising by around 150 tons per day.

After cooling the melted-down cores, the radioactive water is treated before being stored in the tanks by an Advanced Liquid Processing System (ALPS). This process, however, does not remove radioactive tritium and some other radioactive materials.

Much to the chagrin of the international community, including some of Japan's closest neighbors, Japan unilaterally decided in April last year that it plans to release radioactive water that has accumulated at the crisis-hit plant into the Pacific. The toxic water, stored in tanks at the plant in Japan's northeast, is expected to soon reach capacity.

The tainted water contains radioactive tritium as a result of being used to cool down melted nuclear fuel at the plant in Fukushima Prefecture.

The plan is to release the water through a tunnel under the seabed into the Pacific roughly 1 km away from the stricken plant. The controversial plan is proposed to begin in the spring of 2023, much to the consternation of local fisheries and the international community.

Japan's fisheries industry has on numerous occasions voiced its opposition to the plan, as it will almost certainly cause further damage to the industry's reputation.

Moreover, some of Japan's closest neighbor countries have voiced strong concerns over the plan.

Japan's government had been considering a number of feasible alternative plans other than its unilateral proposal to just dump radioactive water into the ocean.

These options included injecting the toxic water deep into the ground, releasing it into the atmosphere after vaporizing it, or making it into a solid state and burying it underground.