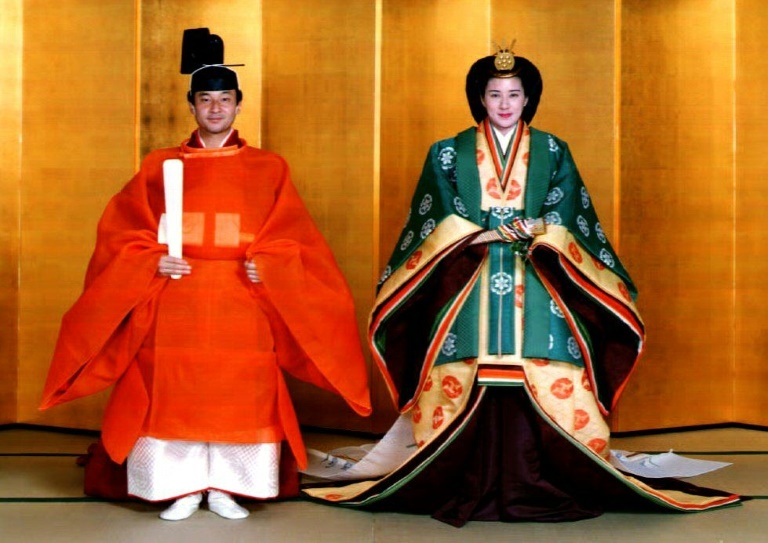 On October 22, Emperor Naruhito will formally proclaim his enthronement, which occurred earlier this year after his father's abdication, and in November he will perform the sacred Daijosai thanksgiving ritual.

The government is setting aside millions of dollars in funds, in particular for the sumptuous October event, which will draw dignitaries from around the world.

But critics say the two ceremonies are effectively religious rites, and public funding for them violates a constitutionally mandated separation of state and faith.

"The Daijosai ritual is nothing more than a Shinto ceremony," the United Church of Christ in Japan, a leading Protestant group, said in a statement earlier this year.

Public funding for them "violates the principle of separating politics from religion... and infringes on freedom of belief", it added.

The subject touches on the sensitive history of the role of the emperor during World War II.

Under Japan's wartime constitution, the emperor was "sacred and inviolable", he was supreme commander of the army and navy and was invoked as a motivating force for Japanese troops on battlefields across Asia.

After Japan's defeat, some felt the imperial family should be removed altogether, but instead US-led allied forces stripped the emperor of political power, enshrining his limited role as a state symbol in the newly written constitution.

The constitution also stipulates that "the state... shall refrain from religious education or any other religious activity", a rule critics say the government will violate by allotting public money to this year's imperial rituals.

The dissent extends beyond the Christian community, with 300 plaintiffs ranging from Buddhist monks to university professors filing suits from last year against the government's plan to fund the ceremonies.

"The government funding these religious events means that the emperor epitomises Japan's religion and culture, and that the government is promoting a state religion," Koichi Shin, one of the plaintiffs, told AFP.

"We think it's a problem, too, that all the activities of the imperial family are financed with public money," he added.

"But the two ceremonies are huge in terms of size and expenditure, as well as media attention, so they have an enormous impact on society."

And the critics have support from a somewhat unlikely quarter: Crown Prince Akishino.

Last November, before assuming his new title with his brother's ascension to the throne, he publicly questioned the spending, noting the Daijosai ceremony in particular "has a highly religious nature".

"I wonder if it is appropriate to finance this highly religious thing with state funds," he said.

The issue has come up before, with lawsuits also filed over the enthronement of former emperor Akihito and ceremonies related to the death of his father Hirohito in 1989. But the cases were mostly dismissed.

The government says the rituals are "public events" and therefore eligible for funding.

And the spending will not be insignificant given the price tag for all the enthronement-related ceremonies runs to 16 billion yen ($147.2 million).

The government has set aside $64 million in cabinet funds for the events, with the remainder split between the imperial household -- itself funded by taxpayer money -- the national police agency, and the foreign and defence ministries.

Several lawsuits against the spending are working their way through the courts, but none stand much chance.

A hearing on an urgent injunction isn't even scheduled until after the Daijosai event.

And there is little sign of public support for the critics, with the imperial family enjoying high approval ratings.

But the plaintiffs, including Satoshi Ukai, a professor of modern French literature, are undeterred, insisting Japan's history makes it important to fight the case.

"The Japanese case is different from cases in other countries," he told AFP.

"Japan's state Shintoism... was used as a foundation to justify invasive wars and colonisations."