Japan hangs 2 for murder, bringing 2018 executions to 15, highest on record

Japan hanged two men convicted of murder on Thursday, the justice minister said, bringing the number of executions this year to 15 - tied for the highest amount on record. 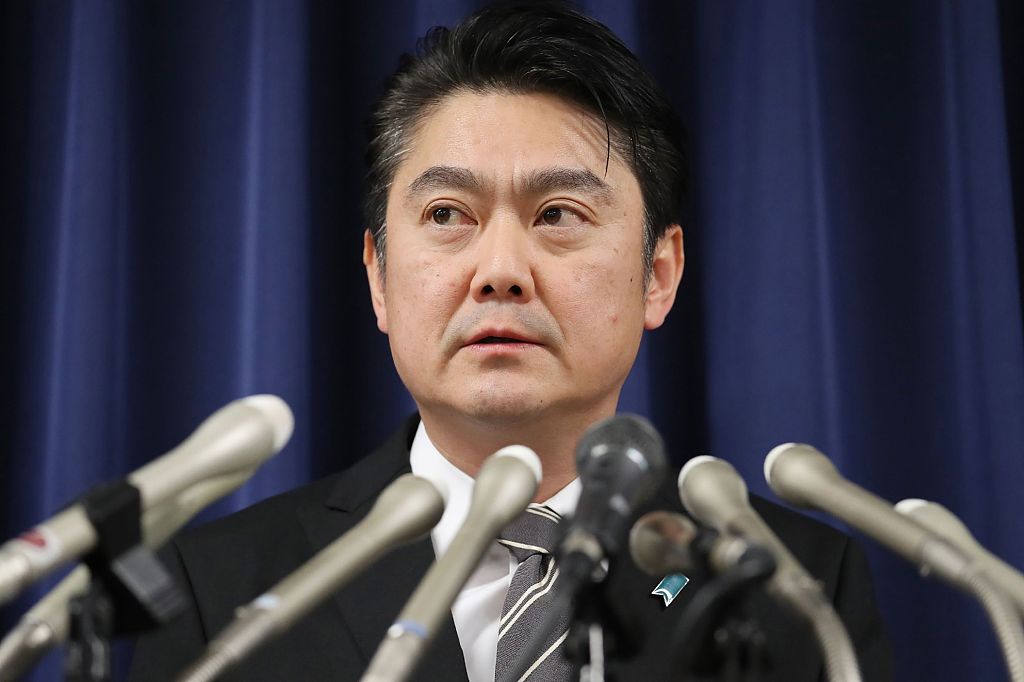 Japan's Justice Minister Takashi Yamashita speaks during a press conference announcing the hanging of two men convicted of murder at the justice ministry in Tokyo on December 27, 2018. (Photo: VCG)

With more than 100 inmates on death row, Japan is one of the few developed nations to retain the death penalty, and public support for it remains high despite international criticism, including from rights groups.

The minister named the two men executed as Keizo Kawamura, 60, and Hiroya Suemori, 67, who were convicted of the 1988 strangling of an investment firm chief and an employee.
After stealing 100 million yen ($900,000 at today's rate) they buried the two bodies in concrete in the mountains. Their capital punishment sentence was finalized in 2004.
"This was an extremely heinous crime that shook society," Justice Minister Takashi Yamashita told a press conference.
The minister, who is a former prosecutor, said he ordered the executions after careful consideration, and made it clear that Japan would not stop capital punishment any time soon. "Evil, heinous crimes cannot avoid the death penalty," he said. "I believe it is not appropriate to abolish the death penalty."
Japan has so far hanged 15 inmates this year, matching a 2008 record since the nation started publicly announcing executions in 1998.
Thursday's hangings came five months after the nation carried out the executions of cult members sentenced to death for their role in the fatal 1995 sarin attack on the Tokyo subway and other crimes.
A total of 13 people belonging to the Aum Shinrikyo cult - including former guru Shoko Asahara - were executed in July, drawing a line under the horrific attack which shocked the world and prompted national soul-searching over the group and its crimes.