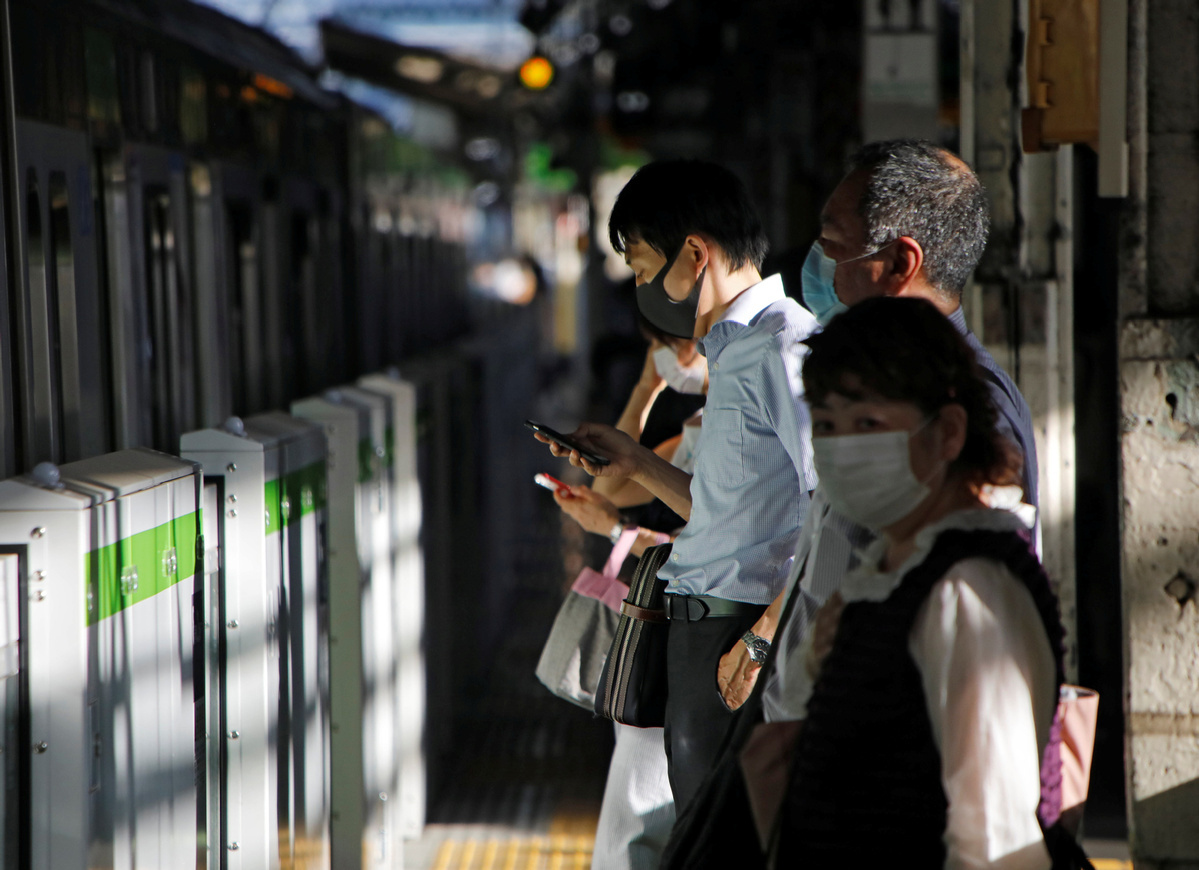 Passengers wearing protective face masks wait for the arrival of a train amid the coronavirus disease (COVID-19) outbreak, at a train station in Tokyo, Japan June 9, 2020. (Photo: Agencies)

TOKYO - A Japanese minister has poured cold water on reports that the country - now seeing fresh cases of the coronavirus - is gearing up to ease an entry ban on visitors from low-risk nations.

Foreign Minister Toshimitsu Motegi said on Monday it was not true the government had decided on the relaxation of the ban.

The Tokyo government is asking people working at nightclubs and other entertainment establishments to regularly take coronavirus tests.

A panel of experts was to set up on Monday in response to what some fear could be a new wave of infections, Koike said.

She had earlier said that if the number of infections spiked anew in the capital, the city authorities would once again request that businesses and people restrict their activities.

The Yomiuri newspaper reported last week that Japan may allow people to make business trips to and from Australia, New Zealand, Vietnam and Thailand in the next few months.

On Monday, Motegi said the government is examining ways to ease entry bans, taking into consideration many factors, and would ease restrictions in stages if it decided to do so.

Across the country, infections had risen to 17,529, according to the latest figures from the health ministry and local authorities on Sunday.

In neighboring South Korea, the number of new virus cases stayed below 40 for the second straight day on Monday, but cluster infections and cases with untraceable origins continued to haunt officials in the Seoul metropolitan area.

The country added 37 new cases, including 24 local infections, raising the total to 12,121, according to the Korea Centers for Disease Control and Prevention.

A door-to-door trading establishment in southern Seoul has emerged as a new hotbed for community spread. As of Monday, cases traced to the retailer reached 169, up by five from the previous day, the Yonhap News Agency reported.

In the city's southeast, a logistics center operated by an affiliate of retail giant Lotte Group reported a new case over the weekend.

Health authorities said the country has been experiencing an increase in the number of cases for which the infection routes are unknown.

Elsewhere in Asia, Indian Home Affairs Minister Amit Shah has offered 500 railway carriages for use as makeshift coronavirus hospital wards as the capital New Delhi struggles to contain a spike in cases.

Shah was set to convene a meeting on the deteriorating situation in the capital, with all the major political parties represented.

Delhi has about 9,000 beds dedicated to COVID-19 patients among public and private hospitals, but a state government panel of experts has said that Delhi will need at least 15,000 beds by the end of June.