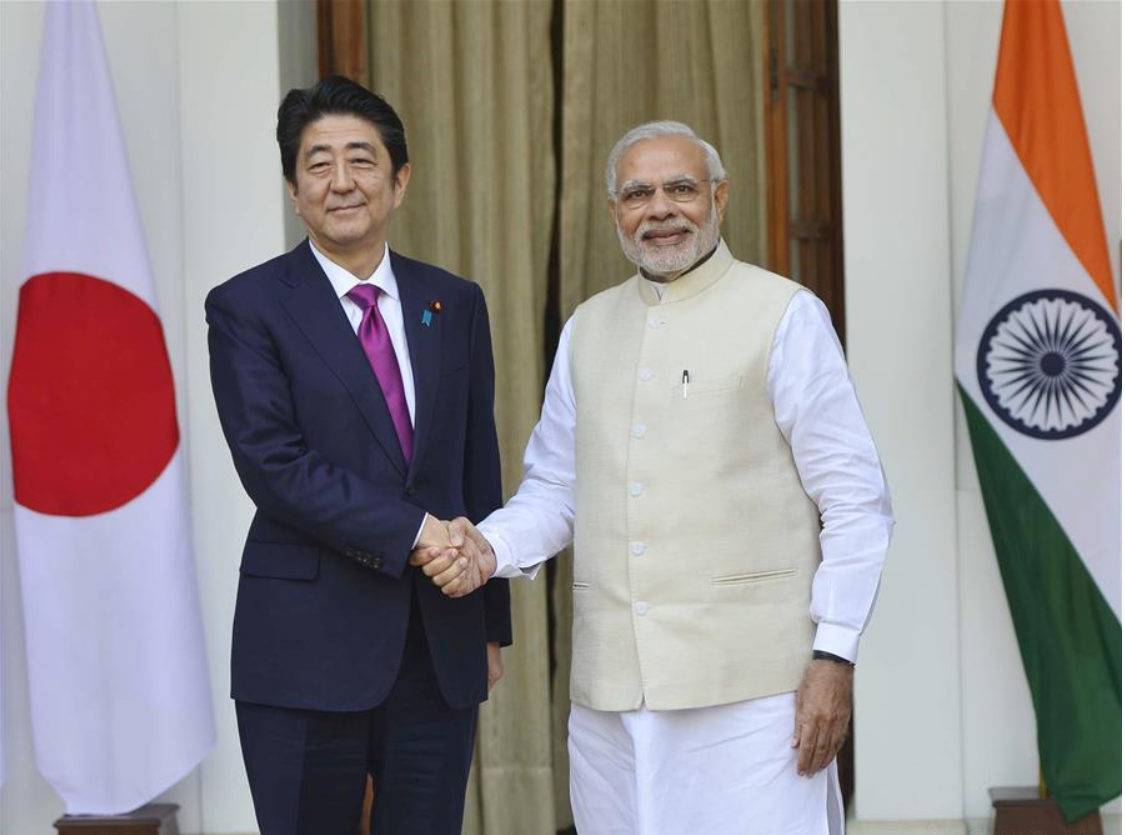 TOKYO, Oct. 29 (Xinhua) -- Japan and India agreed on Monday to enhance their security and economic exchanges and cooperation.

They also agreed to boost exchanges between their defense departments and industries.

Modi arrived in Japan Saturday for his 12th summit with Abe and left Japan Monday night.