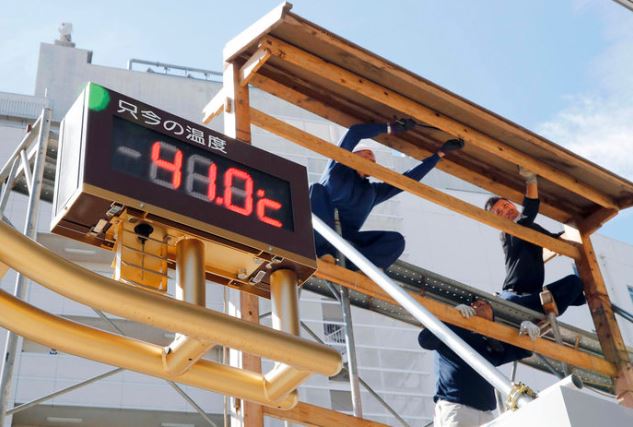 Japan logged its highest ever temperature on Monday, as a heat wave continued to scorch wide swathes of the country, taking away dozens of lives.

At least nine people died in seven prefectures and 1,843 people were sent to hospitals on Monday, according to Kyodo News.

The temperature in Kumagaya, a city in Saitama prefecture near Tokyo, hit a record high of 41.1 degrees Celsius around 2:00 p.m. local time (0500 GMT) on Monday, said the Japan Meteorological Agency (JMA).

It was also the highest temperature ever logged across Japan, said the agency, warning against heat-related illnesses, such as heatstroke and dehydration.

Of the JMA's 927 observation points across Japan, 627 logged temperatures over 30 degrees Celsius, accounting for nearly 70 percent of the total, and 241 registered readings surpassing 35 degrees Celsius.

A protracted heatwave in the past two weeks has caused the deaths of more than 70 people and tens of thousands were hospitalized, according to local media.

According to the Kyodo News, 77 people were killed and more than 30,000 people were sent to hospitals across Japan from July 9 to 22 due to the heat wave.

According to the JMA, the extreme heat is expected to continue for two more weeks.