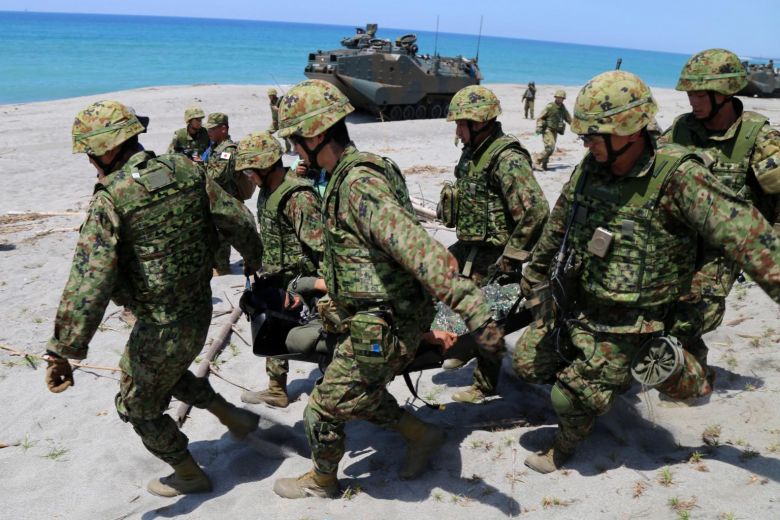 Japanese troops stormed a beach in the Philippines Saturday in joint exercises with US and Filipino troops that officials said marked the first time Tokyo's armoured vehicles rolled on foreign soil since World War II.

The small Japanese contingent played a humanitarian support role in the drill after US and Filipino marines made an amphibious landing to retake Philippine territory from a "terrorist" group.

Fifty unarmed Japanese soldiers in camouflage marched behind their four armoured vehicles and picked up Filipino and American troops playing the role of wounded combatants while moving inland over sand and sparse bushland.

"Our purpose is to improve our operational capability and this is a very good opportunity for us to improve our humanitarian assistance and disaster relief training," Inoue said, adding Japan was not involved in the drill's combat component.

The exercise was held at a Philippine navy base facing the South China Sea some 250 kilometres (155 miles) from the Huangyan Island.