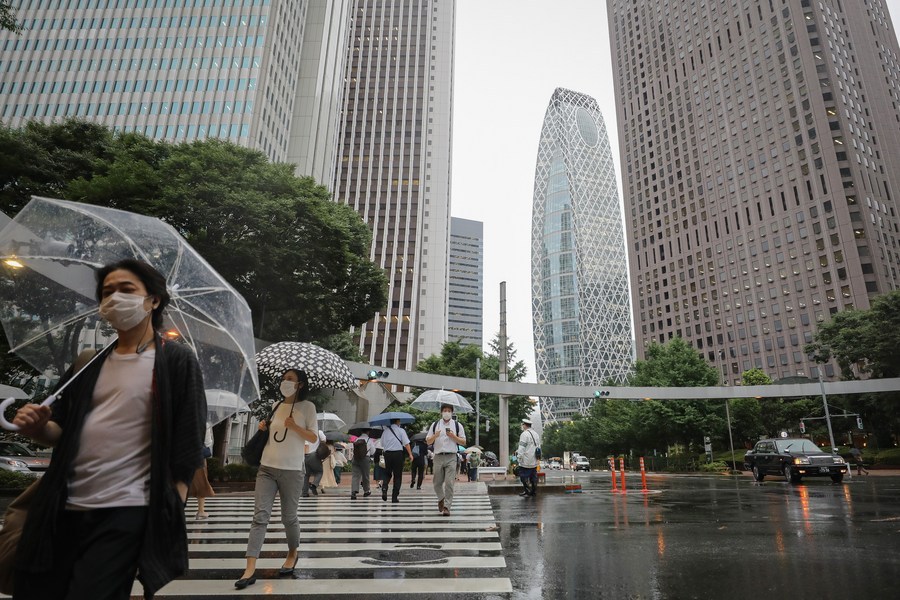 TOKYO, July 15 (Xinhua) -- The Tokyo metropolitan government on Tuesday confirmed 143 new COVID-19 infections, with the number staying below the 200-mark for the second straight day but spiking above the 119 cases reported a day earlier.

The previous day's figure marked the first time the number of daily COVID-19 cases had dropped below 200 in five days.

Concerns remain about a resurgence of the virus, however, as clusters of infections have continued to occur at nighttime entertainment establishments in downtown areas in Tokyo including those in Shinjuku and Ikebukuro wards.

Localized clusters on U.S. bases in Japan's southernmost prefecture of Okinawa have also triggered concerns, with Japan urging the United States to step up measures to stem the spread, the Foreign Ministry here said Tuesday.

As for Tokyo's effort to combat the spread, economic revitalization minister Yasutoshi Nishimura, who is also in charge of the coronavirus response, said Tuesday that the government is mulling the possibility of issuing business suspension requests to certain nighttime entertainment establishments.

The suspension requests would be issued for nighttime establishments in downtown areas that are not adhering to virus prevention measures, such as proper ventilation, mask-wearing and general sanitation. 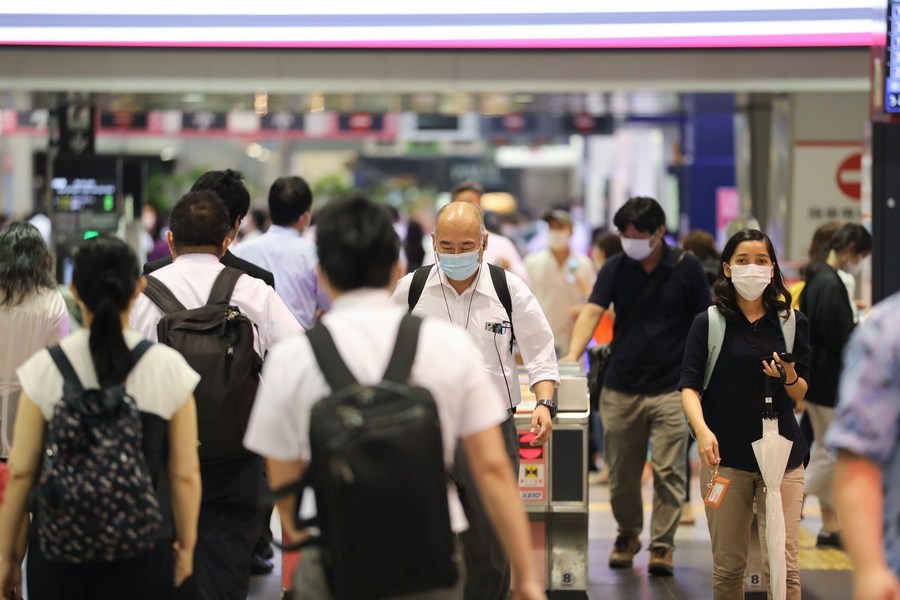 Customers will again be asked to not patronize such establishments that are not taking virus prevention measures.

In terms of the government recently allowing the number of people to attend sports, music and other large events to be raised to 5,000 spectators, Nishimura said the central government along with experts would also reconsider this decision.

The metropolitan government said that as for the newly detected cases in the capital, 93 people were aged in their 20s and 30s, with the infection route known in 79 cases, but unknown in 64.

Tokyo's cumulative number of infections now stands at 8,189, the highest among Japan's 47 prefectures, and accounting for more than one-third of the country's total COVID-19 cases.

Nationwide, 330 new COVID-19 infections were detected, according to the latest figures Tuesday evening.

Aside from the cases in Tokyo, its neighboring prefectures of Saitama and Kanagawa confirmed 42 and 28 new cases respectively.

Japan's cumulative total now stands at 22,583 COVID-19 cases, not including those connected to a cruise ship that was quarantined in Yokohama near Tokyo earlier in the year. 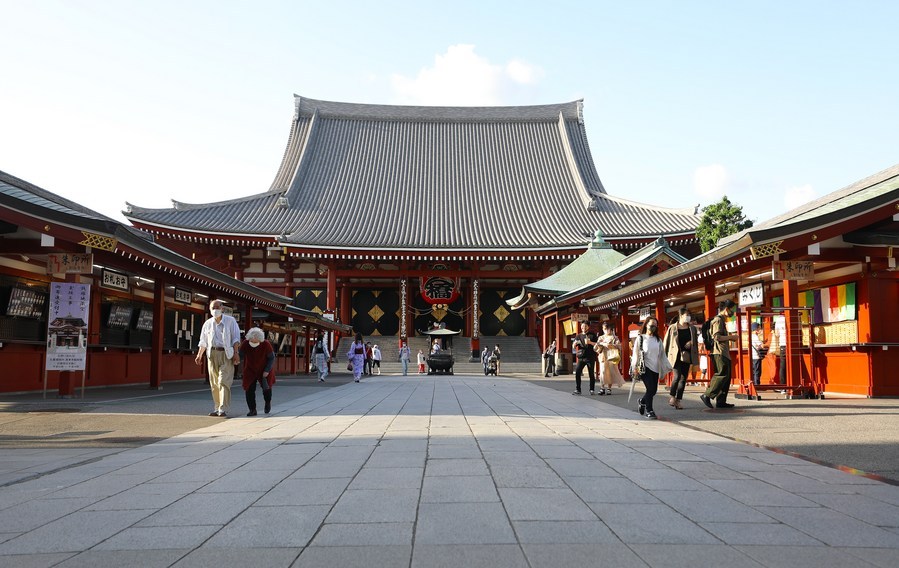 As the nation and the capital in particular grapples with rising infections and concerns over a second wave of the virus hitting the country, the Japanese government on Tuesday requested the U.S. to up its efforts to prevent the spread of the virus amid a recent spike in cases on U.S. military bases in Okinawa.

According to the prefectural government, around 100 COVID-19 cases have been reported on U.S. bases in Okinawa sparking local and nationwide concern over the further spread of the virus.

Okinawa, not including those related to U.S. bases, has reported very few cases of the coronavirus since the outbreak.

Hence, local officials and residents have voiced strong concern that a further rise in COVID-19 cases on the island would devastate the region's local industries, especially as Japan is looking to ease international travel restrictions.

Japan's entry ban in place for 129 countries and regions including the United States amid the pandemic does not apply to U.S. military personnel under a status of forces agreement.

A local hotel in the southern prefecture being used by U.S. Marines and their families arriving in Japan from overseas to quarantine has also added to rising concerns over the virus' spread, the prefectural government said.

According to Japanese Defense Minister Taro Kono, there have been "several problems" regarding the U.S. military's virus prevention measures.

Okinawa Gov. Denny Tamaki said that some U.S. military-linked personnel had held parties in downtown areas and on beaches in the prefecture, coinciding with Independence Day celebrations held on July 4.

Tamaki, who said recently, "We have strong doubts about measures taken by the U.S. military to prevent spread of the virus," will reportedly hold talks on the matter with Kono in Tokyo on Wednesday.

The U.S. Marine Corps Air Station Futenma has reported the most coronavirus cases at 71 infections as of Tuesday evening, while 22 infections have been detected at Camp Hansen.