TOKYO, July 9 (Xinhua) -- Japan said on Tuesday that it has no plans to withdraw steps it has taken recently to impose stricter controls on exports of some technology-related products to South Korea. 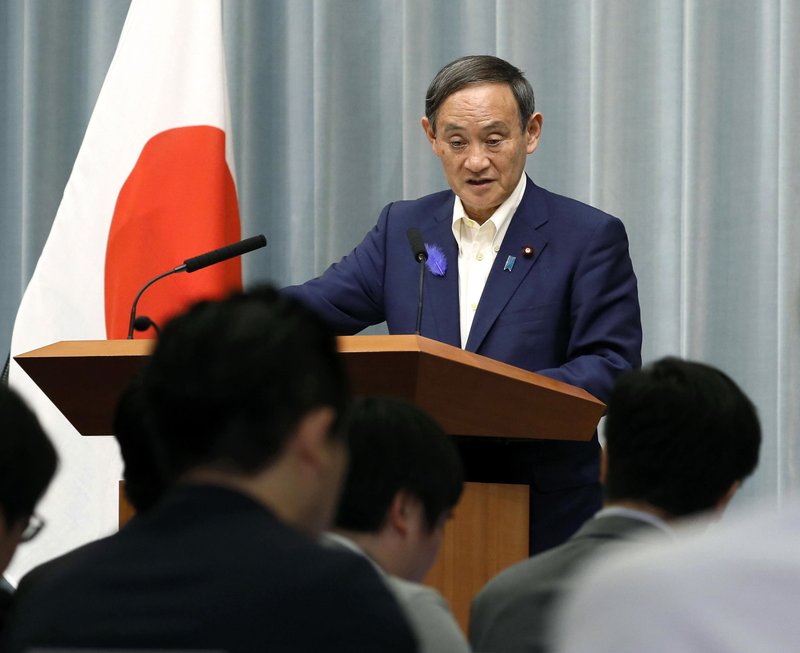 Amid pressure from South Korea for the measure to be withdrawn and calls for dialogue on the matter, Japan's top government spokesperson said there was no need for discussion.

"The measure is not something that needs to be discussed with South Korea and we are not planning to withdraw it," Chief Cabinet Secretary Yoshihide Suga told a press briefing on the matter.

Suga maintained, however, that the Japanese government is prepared to respond to questions from South Korea's export control authorities, who he said are seeking to "check facts."

South Korea has condemned the move by Japan to tighten the export controls of materials used by electronics makers for semiconductors and display panels for smartphones and TVs, namely fluorinated polyimide, resist and hydrogen fluoride, maintaining that it runs contrary to the spirit of fair trade.

Amid possible tit-for-tat measures by Seoul as reported by local media here, South Korea may also take its concerns over Japan's move to the World Trade Organization (WTO).

Japanese Trade Minister Hiroshige Seko on Tuesday, meanwhile, suggested that Japan ending preferential treatment to South Korea should not be an issue for the WTO.

"We ended preferential treatment given to South Korea and now treat it the same as other countries. Is that a problem from the standpoint of the WTO?" Seko said.

He also said that the measure was a necessary domestic procedure and non-negotiable.

"The measure is a necessary domestic procedure in Japan for the purpose of properly controlling exports. It's not up for negotiation, and won't be withdrawn,"  Seko said.

He said, however, that working-level meetings would be held with South Korea to explain the measure in detail, in response to a request from Seoul, Japan's public broadcaster NHK reported Tuesday, adding that the meetings are expected to be held sometime this week.