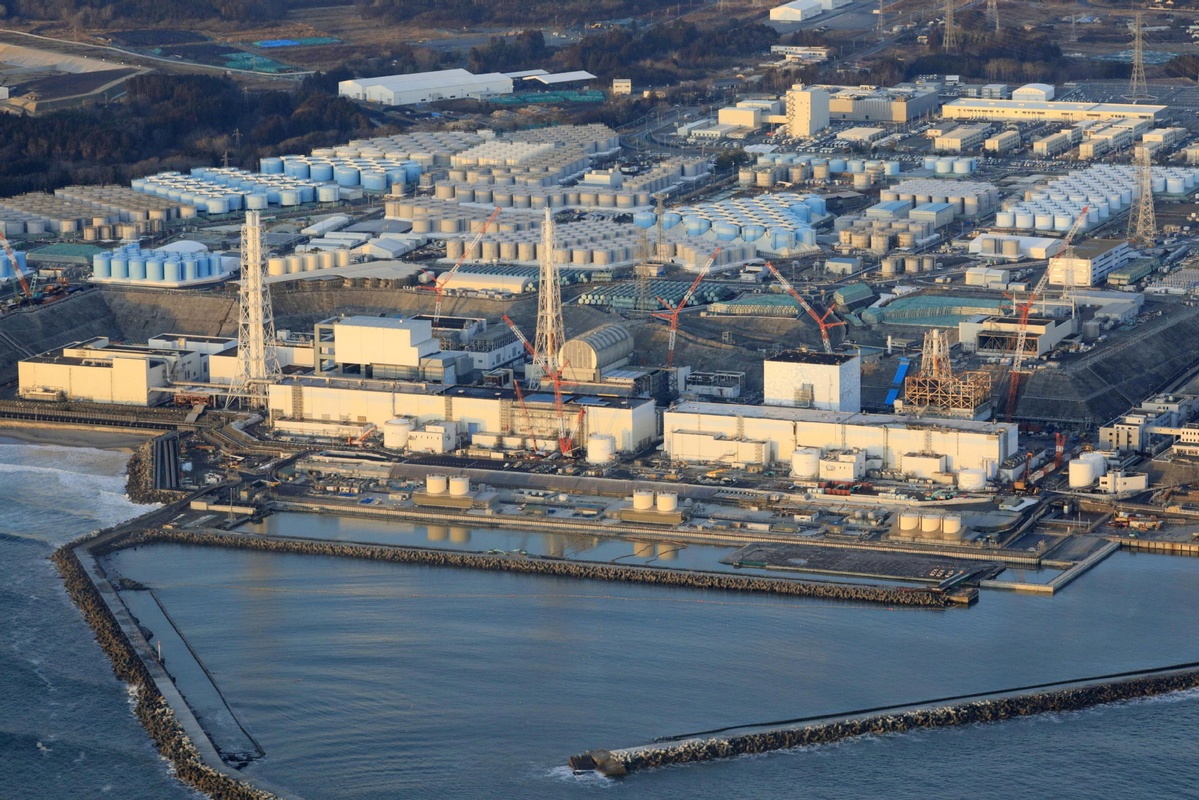 People in northeastern Japan braced for aftershocks as the government on Monday began assessing damage and restoring power after a magnitude 7.3 earthquake struck off the coast of Fukushima late on Saturday.

The quake, which struck at 11:07 pm, left about 150 people injured and almost a million households without power. Its epicenter, according to Japan's Meteorological Agency, was near where three nuclear reactors melted down after a quake and tsunami hit the region nearly 10 years ago.

No deaths were reported as of Monday, according to public broadcaster NHK, and Japanese Prime Minister Yoshihide Suga said at a news conference on Sunday that no incidents were reported at the reactors. Tokyo Electric Power Company Holdings Inc, operator of the reactors, said water in a spent nuclear fuel pool spilled over at the Fukushima Daiichi power plant, but there was no leak.

"For the next week, please stay alert to the possibility of more earthquakes of a similar size," he said. "Don't be negligent," he added.

A series of small aftershocks rocked the region on Sunday, with the largest, of magnitude 5.3, happening around 9:26 pm.

"If the earthquake were a little larger and its epicenter a little shallower, there could have been a large tsunami. I want people in the region to remain cautious and get prepared," said Naoshi Hirata, head of Japan's Earthquake Research Institute Prediction Research Center.

Coming just weeks before the 10th anniversary of what is known as the Great East Japan earthquake and Fukushima nuclear disaster, the quake also forced the closure of roads and suspension of train services.

East Japan Railway Co, which manages the region's high-speed train system, said in a statement that it could take as long as 10 days to restore service to the affected areas. Photos on the company website showed a utility pole that had been snapped in half along one train route and large cracks in a concrete structure that supports elevated tracks.

Separately, Japan on Sunday approved Pfizer's coronavirus vaccine, and Suga said on Monday that the vaccinations in Japan will begin on Wednesday, starting with medical workers.

"The government will do its utmost to deliver safe and effective vaccines to people as quickly as possible," Suga said.

Local media reports said Japan had received a shipment of around 400,000 doses from Pfizer's factory in Belgium on Friday, and the first in line to be inoculated are about 20,000 doctors and nurses who have agreed to participate in a study to track potential side effects.