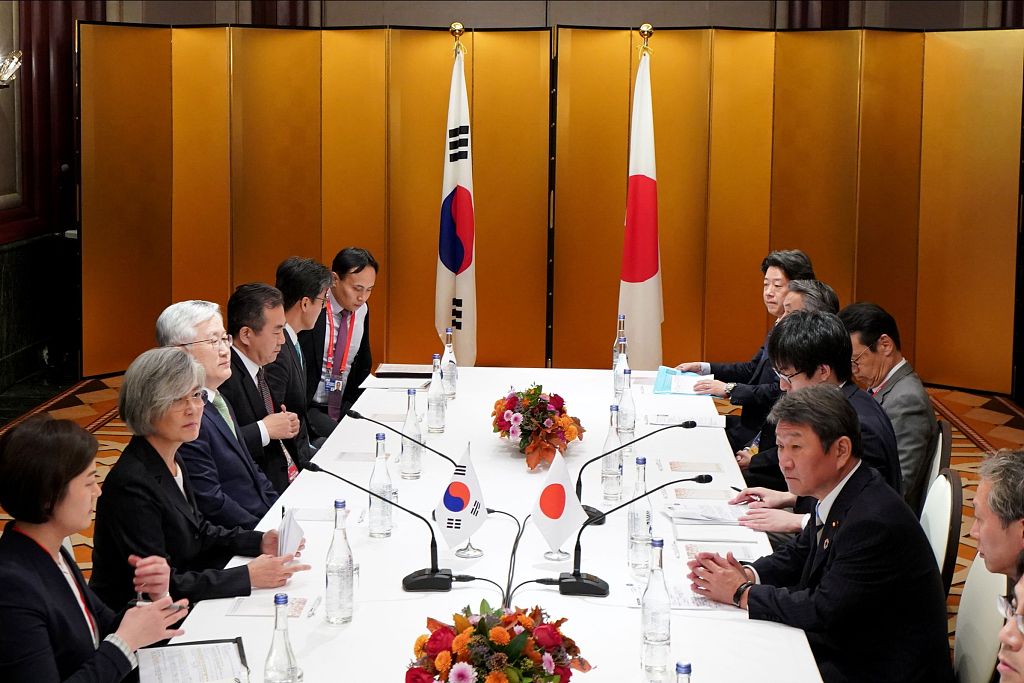 South Korea was expected to end the General Security of Military Information Agreement (GSOMIA) as of midnight Saturday, but the presidential Blue House unexpectedly announced its decision to keep the military accord in place.

The Blue House said it will suspend the GSOMIA termination under the premise that Seoul can end it at any time, noting that as long as trade talks between Seoul and Tokyo go on normally, South Korea will suspend its petition with the World Trade Organization (WTO) against Japan's export curbs.

Yonhap reported that Japan proposed to hold a director general-level meeting with South Korea to discuss retracting export curbs, including putting South Korea on Japan's whitelist again, about a week ahead of the scheduled expiry of the GSOMIA.

South Korea had made preparations to end the GSOMIA, but Japan's proposal changed situations, the source said.

Another government source of South Korea was quoted as saying that if Japan tries to cheat, South Korea can end the GSOMIA, noting that the United States knew well about the agreement between Seoul and Tokyo.

The trade spat between Seoul and Tokyo was stoked by Japan's tighter control in July over its export to South Korea of three materials, vital to producing memory chips and display panels that are the mainstay of the South Korean export.

South Korea believed that Japan's export curbs came in protest of the South Korean top court's rulings that ordered some of Japanese firms to pay reparation to the South Korean victims who were forced into hard labor without pay during the 1910-45 Japanese colonization of the Korean Peninsula.