The head of Japan's Olympic Committee Tuesday denied involvement in a suspect payment made before Tokyo was awarded the 2020 Games, while apologising for any possible impact on the hosting of the event. 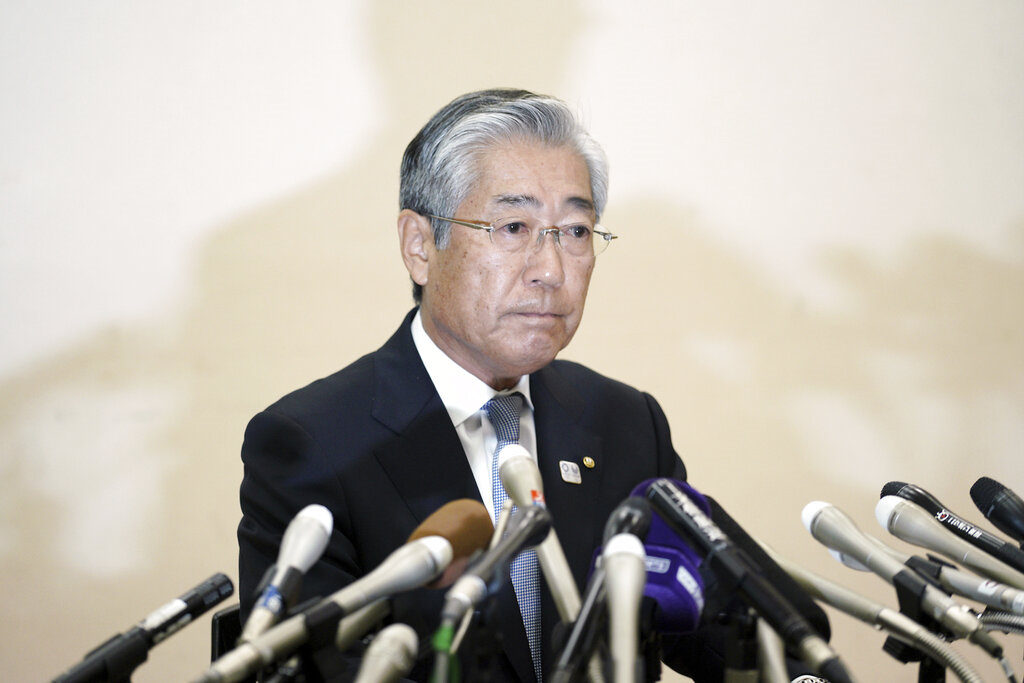 French investigating magistrates have indicted Tsunekazu Takeda as they probe two payments of 2.8 million Singapore dollars ($2.1 million) made before the Japanese capital was chosen to host the Olympics.

During a nationally televised news conference lasting only seven minutes, Takeda said: "I was never involved in any decision-making process" over the payment.

Takeda added that he had already protested his innocence during questioning by French authorities in Paris on December 10.

He also said the payment was not corruption but "a consultancy contract signed through appropriate approval procedures."

"I'm very sorry that this trouble could possibly affect the Olympic movement," he added, vowing to co-operate with the authorities.

He did not take questions from reporters after making his statement, which was similar to remarks he made on Friday when the charges filed last month emerged.

The affair comes as an unwelcome distraction for 2020 organisers, who have been widely praised for being ahead of schedule with 18 months to go until the opening ceremony next July.

"All we have to do is to go ahead with preparations so that the Tokyo Olympics and Paralympics can be an event to be celebrated," Shibayama told a separate news conference.

The case comes at a delicate time in Franco-Japanese relations, with the arrest and continued detention of Renault boss Carlos Ghosn on alleged financial misconduct charges sparking criticism overseas of Japan's legal system.

The 71-year-old Takeda, a former Olympic showjumper who led Japan's campaign to win the Games, is also a member of the International Olympic Committee (IOC).

The IOC's ethics committee has said it will continue to "watch the situation" but stressed that Takeda was innocent until proven guilty.

Takeda was "mis en examen" by the French magistrates, a legal step that has no direct equivalent in the British or US legal systems, but roughly translates as being charged.

It does not automatically trigger a trial but means that prosecutors believe there is strong or corroborated evidence of wrongdoing.

The French investigation, launched in 2016, centres around two payments made to Singapore-based firm "Black Tidings", a firm linked to Papa Massata Diack.

Diack is the son of the former head of the International Association of Athletics Federations (IAAF), Lamine Diack, and is also embroiled in a bribery scandal.

He is suspected of having received several million euros in bribes, either for sponsorship contracts or to favour the Rio de Janeiro and Tokyo Olympic bids.

He has been on Interpol's most-wanted list since 2015 but the Senegalese government has refused to extradite him to France despite pleas from IOC chief Thomas Bach.

The payments, labelled "Tokyo 2020 Olympic Game Bid" and paid from a Japanese bank account, were made before and after the IOC voted for Tokyo to host the Games.

The case is being investigated in France because of suspicions the funds may have been laundered there.