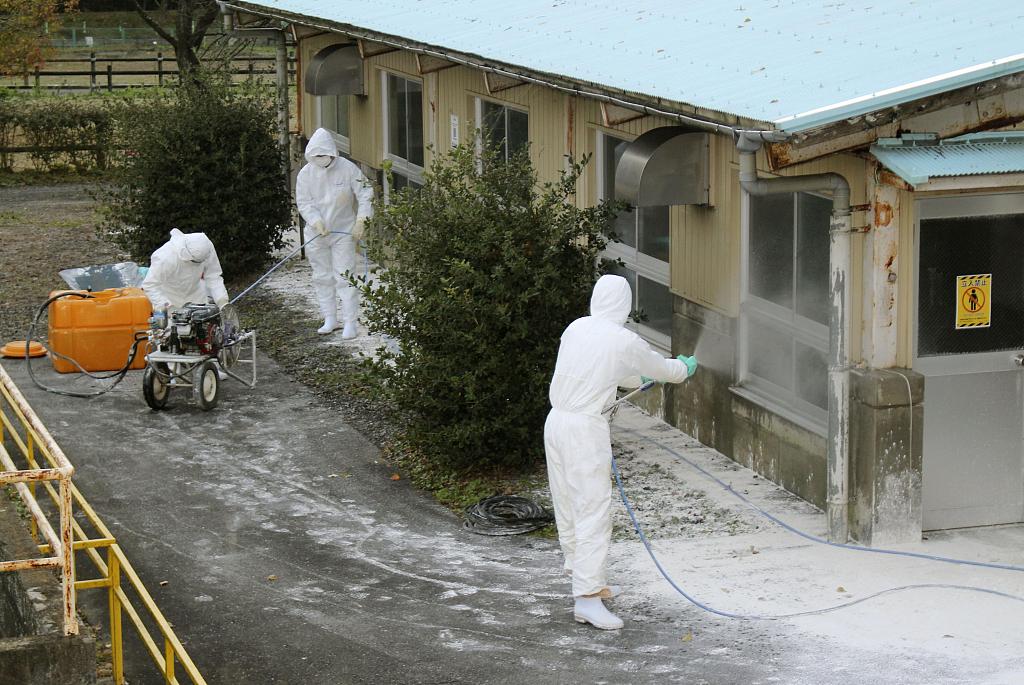 Workers sterilize a pigpen at Gifu City Chikusan Center Park in Gifu Prefecture, central Japan, where hogs were culled on Nov. 16, 2018, after two of them were found to be infected with the hog cholera virus. (File photo: VCG)

The Ministry of Agriculture, Forestry and Fisheries has already listed Saitama, Toyama, Ishikawa, Fukui, Nagano, Gifu, Aichi, Mie and Shiga prefectures for vaccination, where hog cholera cases have been confirmed.

The government will seek advice from experts before the prefectural governor makes a final decision which will bring the number of prefectures where pigs will be vaccinated to 10. Around 630,000 pigs were being raised in Gunma Prefecture as of February.

According to the ministry, the disease, also known as swine fever, affects only pigs and wild boars and has a high fatality rate. It does not affect humans, even if meat from an infected animal is consumed.

The ministry had been cautious about vaccination due to the impact on pork exports. However, it changed its policy last month due to the outbreak and is working to amend the relevant guideline.