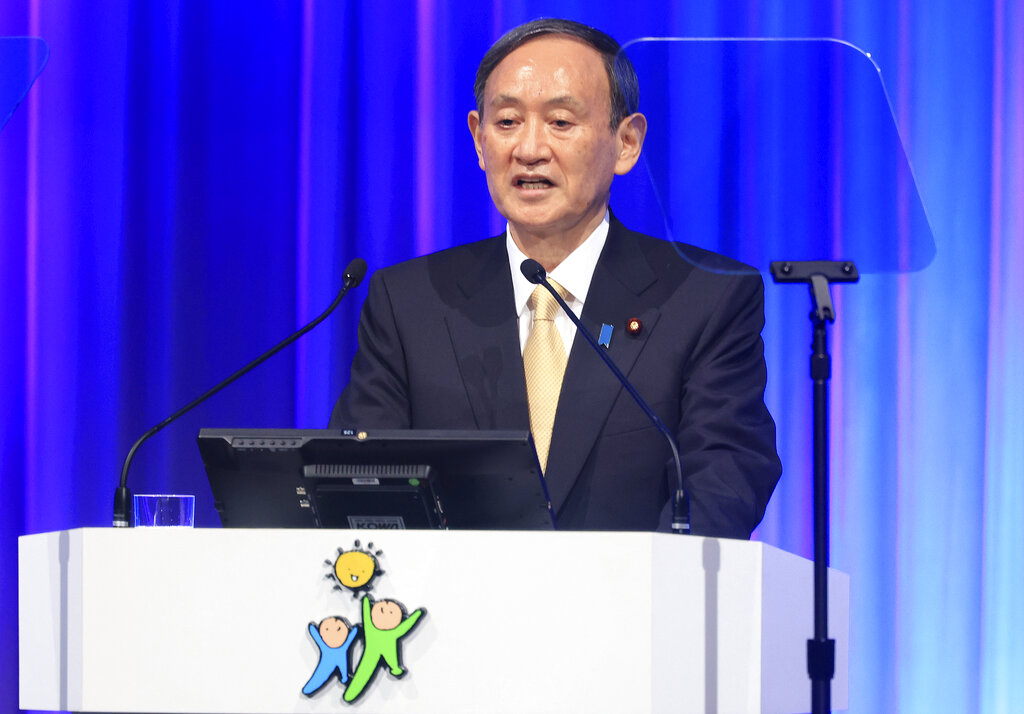 Japan's Prime Minister Yoshihide Suga pledged Sunday to do his utmost to prevent a resurgence of the coronavirus ahead of the Olympic torch relay and his upcoming visit to Washington.

Suga was addressing his ruling Liberal Democratic Party’s annual convention, just hours ahead of the planned lifting of a virus state of emergency in the the Tokyo region. Suga said after the state of emergency is lifted is "an extremely important time” for virus prevention. 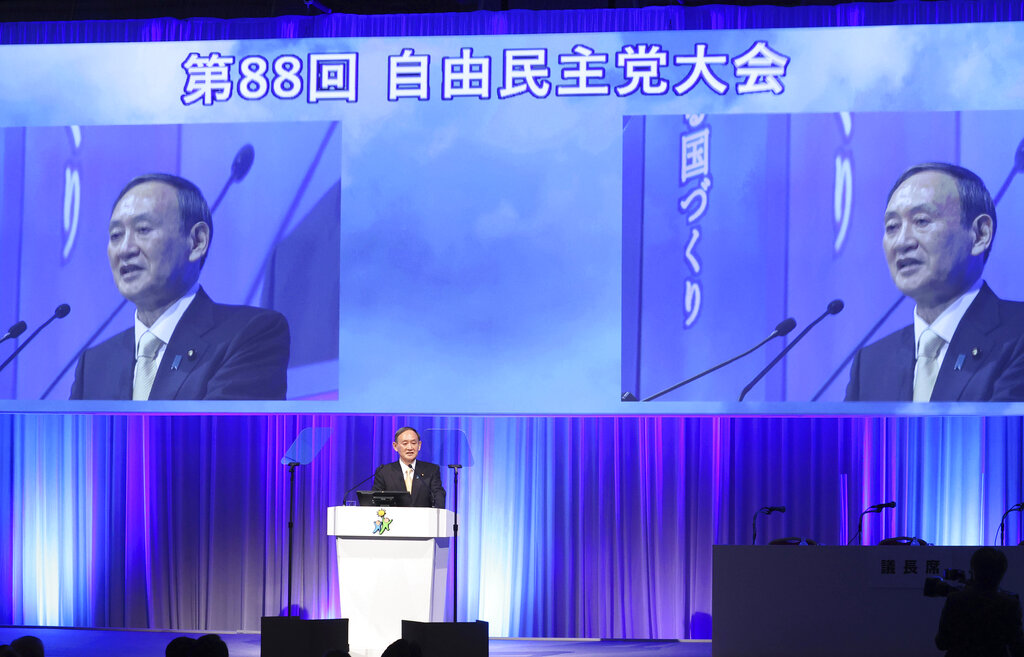 “We must not put our guards down ... to prevent the infections from rebounding," he said.

Suga on Thursday announced that the monthslong emergency measures for Tokyo, Kanagawa, Chiba and Saitama would end at midnight Sunday, a move underscoring his government's eagerness to minimize burdens on businesses and keep the economy going, despite concerns raised by experts about the potential for an upsurge.

The lifting of the measure comes just days before the Olympic torch relay starts from Fukushima, northeast of Tokyo and the site of the 2011 nuclear crisis, as a symbol of reconstruction.

Suga renewed his pledge to achieve the Olympics in July as “a proof of the victory against the coronavirus,” after its one-year postponement due to the pandemic. Olympic officials decided Saturday to bar spectators from abroad.

Suga also wants to keep the infections low ahead of his planned Washington visit in early April for his first in-person summit with President Joe Biden. He will be the first foreign leader to meet in person, underscoring the importance of the Japan-U.S. alliance.

Suga, who received the first shot of a COVID-19 vaccine last week, said he looks forward to discussing pandemic measures, as well as cooperation in dealing with China’s growing influence in the region.

“We would still face ups and downs, but we will surely find a light ahead of us,” Suga said.

Suga vowed to do the utmost to protect the people’s lives and health and sought their cooperation in doing what they can to get infections under control.

The measures have been in place for the Tokyo region since Jan. 7 after daily infections surged to new highs in the area. The non-binding measure relied on requests for restaurants and bars to close at 8 p.m. and take preventive measures.

The government will step up virus tests, monitoring for more contagious new variants and pay subsidies for restaurants and bars who cooperate to close at 9 p.m.

Experts have said they worry about a the potential for a resurgence of infections now that the decrease in infections in the Tokyo area has leveled off and people grow fatigued with taking virus prevention measures.