WORLD Japan prepares to lift state of emergency for 5 prefectures

Japan prepares to lift state of emergency for 5 prefectures

Japan on Friday is preparing to lift the state of emergency over COVID-19 for five prefectures where the situation has improved, although the Greater Tokyo metropolitan area will likely be kept under the emergency period for the time being, according to government sources. 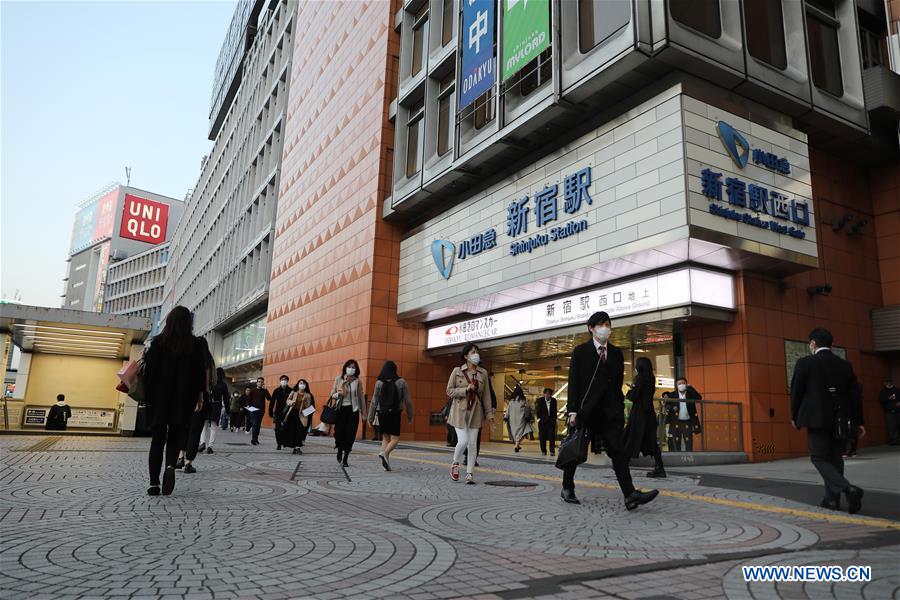 Japanese Prime Minister Yoshihide Suga is expected to lift the emergency period for Aichi, Gifu, Osaka, Kyoto, and Hyogo prefectures at the end of February, with Fukuoka Prefecture's situation still under review owing to the continued strain on its medical system, informed sources said.

The lifting of the emergency period for the eligible prefectures will be finalized at a meeting of the government's coronavirus task force, following a discussion by public health and other experts in the afternoon, government sources said.

Prefectures will be allowed to exit early from the emergency period provided their situation has improved from the worst on the government's four-tier scale.

The sub-categories within the tiers cover the weekly number of infections per 100,000 people, as well as the percentage of hospital beds available for COVID-19 patients.

The nationwide new daily COVID-19 cases reached just above the 1,000-mark on Thursday, dropping from the single-day record of almost 8,000 recorded in early January when the emergency declaration was issued.

Daily deaths from the virus peaked at 121 in early February, compared to 74 a day earlier, which is still considered comparatively high, experts said.

Under Japan's second state of emergency since the outbreak of the pandemic, bars and restaurants have been requested to shorten their opening hours and close their doors by 8:00 pm.

People have also been asked to work remotely and refrain from making unnecessary trips outdoors, especially in the evenings.

Large-scale events, such as sports competitions, have had their spectator limit capped at 5,000 people.

Suga first declared a state of emergency for one month to Feb 7 for the Tokyo metropolitan area, before expanding it to cover 11 prefectures and extending it to March 7 with the exception of Tochigi Prefecture.