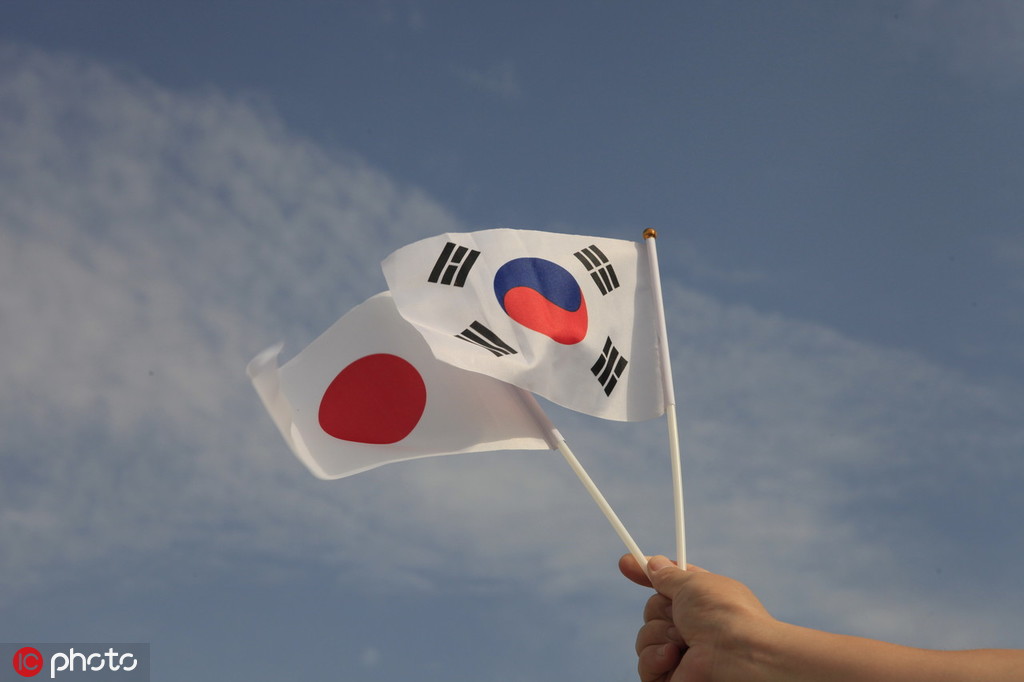 TOKYO - The Japanese government on Saturday protested to South Korea over a visit by South Korean lawmakers to the disputed islands in the Sea of Japan controlled by Seoul and claimed by Tokyo.

A group of South Korean lawmakers landed on the islands known as Dokdo in South Korea and Takeshima in Japan at around 11:30 am on Saturday. According to the lawmakers, their purpose is to protest Tokyo's removing South Korea from its list of trading partners entitled to preferential export procedures and its handling of the issue of wartime labor.

Kenji Kanasugi, director general of the Japanese Foreign Ministry's Asian and Oceanian Affairs Bureau, called a senior official at the South Korean Embassy in Tokyo to lodge a protest.

Kanasugi told the political minister at the South Korean Embassy that the islands are "an inherent territory of Japan in light of historical facts and international law" and such a visit is "unacceptable," according to the Japanese Foreign Ministry.

Japan's Embassy in Seoul made a similar protest to South Korea's foreign ministry.

The South Korean lawmakers' visit comes at a time when the two countries' relations have sunk to their lowest point in years. Earlier this week, the South Korean military carried out two days of drills in waters near the islands, and Japan also lodged a strong protest.