TOKYO, July 16 (Xinhua) -- Japan on Tuesday described South Korea's criticism of its tightening of exports controls on some high-tech products as unfounded, stating that the measure is not a reaction to the ongoing wartime labor dispute. 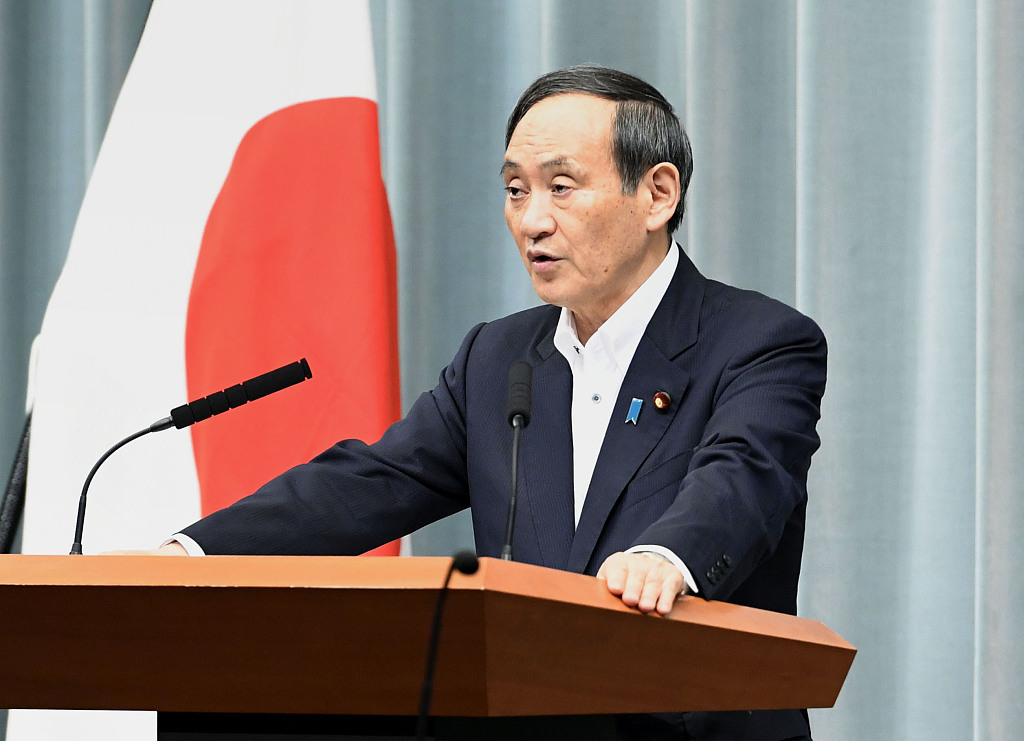 Japan's top government spokesperson Chief Cabinet Secretary Yoshihide Suga told a press briefing on the matter that the move by Japan was based on a viewpoint of national security and its tightening of export controls of some products to South Korea was not in retaliation to the wartime labor row.

These products are often used by South Korean tech-companies in smartphones and TV displays, as well as semiconductors, mainstays of South Korea's economy.

As referenced by local media here, Moon said the action runs counter to the development of bilateral ties and inferred that it was unwise for Japan to deal with a dispute over historic matters using economic means.

He also claimed that Japan had resorted to unilateral measures without first trying diplomatic or dialogue-based means.

Bilateral tensions have again become strained between both sides, most recently over a wartime labor dispute.

Tokyo believes Seoul has not cooperated in trying to resolve this bilaterally, or by way of the establishment of an arbitration panel involving a third party.

Japan has tried to maintain that the tighter export controls were not a retaliatory measure against South Korea, but has said that Seoul had failed to show a satisfactory solution to the ongoing wartime labor dispute between both parties.

South Korea's top court ordering some major Japanese firms to compensate South Korean plaintiffs over forced wartime labor during Japan's 1910-1945 occupation of the Korean Peninsula, with lawyers being allowed to seize the assets of some Japanese firms, initially raised the ire of the Japanese side.

Japan believes the matter of compensation for wartime labor was "finally and completely" resolved under the pact.

Tokyo has claimed that Seoul has been reluctant to show willingness to advance talks on the matter through diplomatic channels, with Seoul seemingly, from Tokyo's perspective, disregarding a deadline to name a member to an arbitration panel along with Japan and a third country, and, hence, has sought outside arbitration on the issue.

In June, however, South Korea proposed that companies from both countries fund compensation for the plaintiffs, but Japan spurned the proposal for further dialogue on the matter in this direction.

Thursday, however, is the deadline for arbitration panel procedures that Japan has been requesting South Korea to set up to discuss the issue of wartime labor.

Suga on Tuesday again reiterated that Japan hopes the South Korean government will take the necessary steps immediately and agree to arbitration.

Japan has restated that such steps are mandated by the agreement reached in 1965.