Japan reporter freed in Syria says he made 'silly' mistake 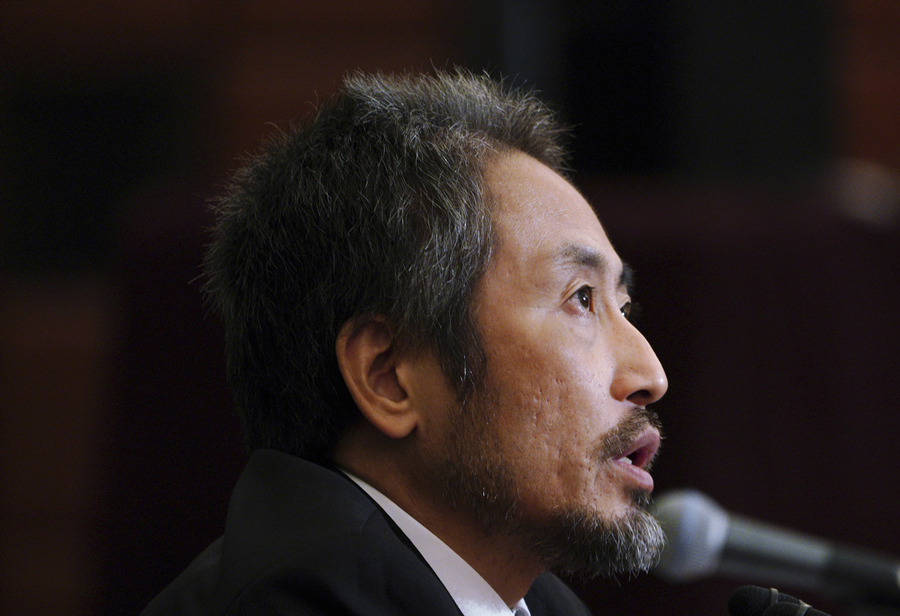 A Japanese journalist who returned from more than three years of captivity in Syria apologized Friday to his government and said he was kidnapped as soon as he crossed the border because of a "silly mistake" before he even started reporting. 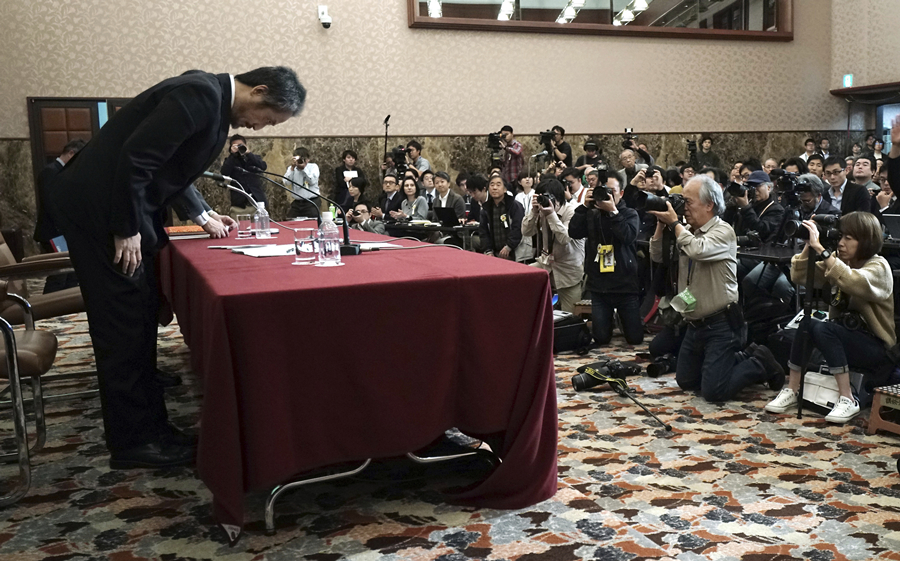 Jumpei Yasuda, who was released in Syria last week after more than three years of captivity, bows at the end of his press conference in Tokyo Friday, Nov. 2, 2018.

Jumpei Yasuda faced a crowd of reporters in Tokyo for the first time since gaining freedom. He said he went to Syria in June 2015 to see for himself what was really happening and how the conflict affected ordinary people, including women and children, as well as soldiers.

Yasuda, a respected journalist known for his coverage of conflict zones, admitted he made a wrong decision while crossing into Syria when his local escort suddenly changed plans and Yasuda followed a pair of unknown guides instead. The pair grabbed him, pushed him into the car and kept him at a house.

"I chose the wrong way ... It was an unthinkable silly mistake," he said, adding that he is fully accountable for his suffering.

"To everyone who assisted to secure my release and those who worried about me, I deeply apologize and would like to express my sincere appreciation. Thank you so much," said Yasuda, wearing a dark suit and tie, as he bowed deeply. "I am also sorry that the Japanese government had to get involved because of me."

He was kidnapped by an al-Qaida branch known at the time as Nusra Front, though the group never revealed its identity to him. A war monitoring group said Yasuda was recently held by a Syrian commander with the Turkistan Islamic Party, which mostly comprises Chinese jihadis in Syria. Yasuda said he held at a prison run by Uighurs earlier this year — one of several places he was moved around during his 40-month captivity.

He was released on Oct. 23 when the captors took him to a meeting point to hand him over to Turkish authorities. They removed his blindfold as they arrived at the immigration center in Antakya in southern Turkey.

While the public generally welcomed Yasuda's safe return, some criticized him as a fearless troublemaker. In a country where those who act independently are often considered selfish and receive little sympathy when they fail, some tweets demanded Yasuda apologize for causing trouble for the government. Past hostages have faced similar criticism upon returning home.

Yasuda started reporting on the Middle East in the early 2000s and went to Afghanistan and Iraq. He was taken hostage in Iraq in 2004 with three other Japanese, but was freed after Islamic clerics negotiated his release.

Syria has been one of the most dangerous places for journalists since the conflict there began in March 2011, with dozens killed or kidnapped.