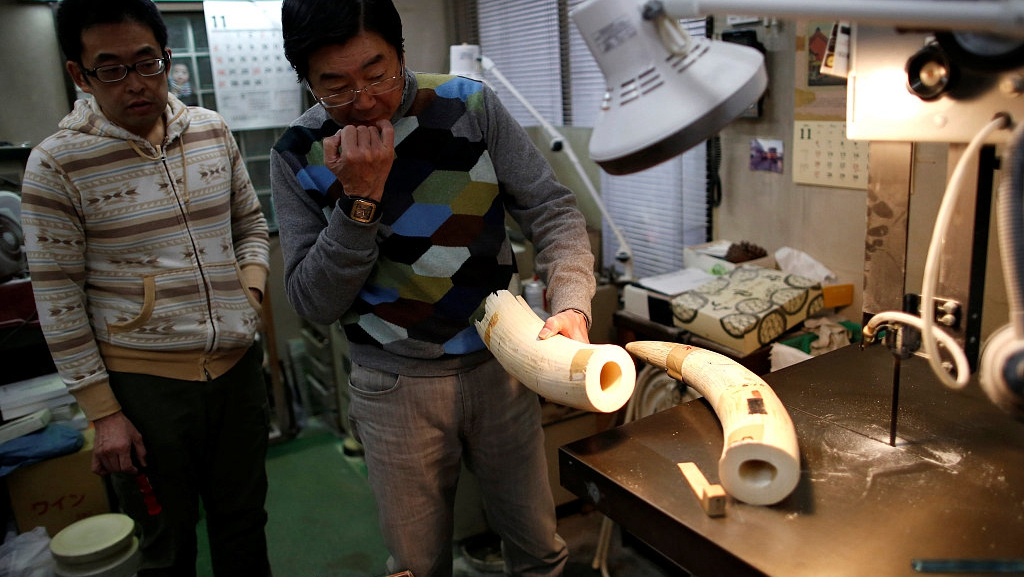 Under intense pressure to shut down its domestic ivory market, Japan has announced strict measures to control the illicit trade.

The country's Environment Ministry has made it mandatory for traders to prove the legal status of ivory pieces through carbon dating. The new law would be enforced starting July.

The Convention on International Trade in Endangered Species of Wild Fauna and Flora (CITES), a global wildlife trade regulator, bans international trade of ivory obtained from African elephants after 1990.

But a large number of countries, including Japan, allow domestic trade of ivory procured before 1990.

The carbon dating method would make it difficult for traders to falsify the origin of ivory and its age, reducing the influx of illegal tusk.

"By shutting down the movement of ivory of unknown origin, the domestic market is moving closer to an effective closure," Japanese Minister of Environment Yoshiaki Harada said at a news conference, according to Japan Times.

In 2016, nearly 90 percent of large seizures of ivory shipments were from tuskers of elephants that died less than three years back, a radiocarbon dating and genetic analysis of 231 samples conducted by the University of Utah and the University of Oxford revealed.

Such loopholes have boosted the smuggling of ivory leading to large-scale poaching of African elephants. Every year more than 20,000 elephants are brutally killed in African countries for ivory.

"But now Japan needs to announce a phase-out of all ivory sales to join China, the US and the rest of the world in protecting elephants," he added.

Last month, CITES termed Japan as one of the largest ivory markets in the world, reportedly creating demand in countries that have already closed domestic ivory markets.

The US, the UK, and China, including Taiwan and Hong Kong Special Administrative Region, have all closed domestic ivory trade. Despite a ban in place, customs officials in these countries and regions regularly intercept large consignments of illegal ivory pieces.

Last year, Japan in a bid to tighten the noose around illegal ivory trade enforced regulations like registration of whole ivory tusks, traceability information for every cut piece and every worked product of ivory, and increased the penalty and prison term in case of violation.