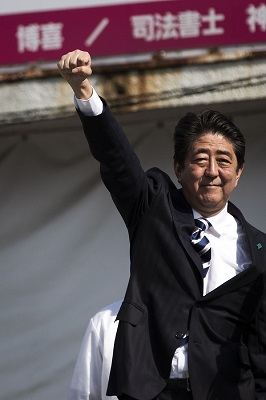 With the coalition partner Komeito's 27, the ruling bloc captured more than 261 of the 465-seat Lower House, retaining stable majority.

The final result expected to be clear by early Monday.