TOKYO, Feb. 18 (Xinhua) -- The Japanese government Thursday said there had been no problems reported following the first phase of COVID-19 vaccinations that began a day earlier. 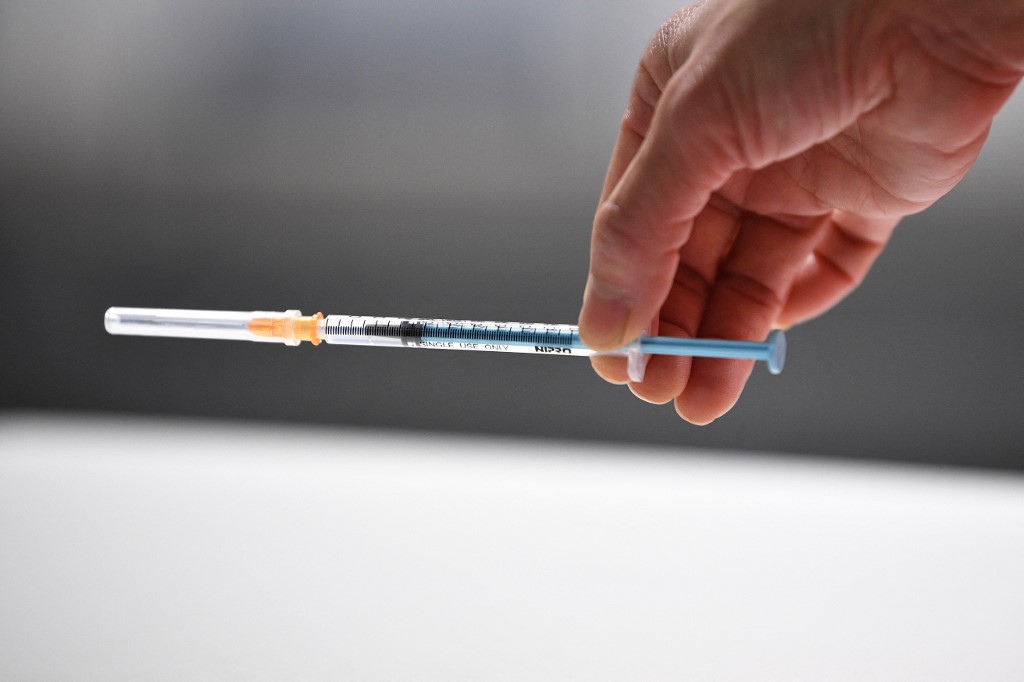 A syringe filled with the Pfizer-BioNTech Covid-19 vaccine is seen at the Chiba Rosai Hospital in Ichihara, Chiba perfecture on February 17, 2021, as the country launches its inoculation campaign against the virus. (Photo: AFP)

The first of two jabs were administered to 125 medical workers at the National Tokyo Medical Center as of 5:00 pm local time on Wednesday, Japanese Chief Cabinet Secretary Katsunobu Kato said on Thursday.

Kato, the government's top spokesperson, said that according to Japan's Pharmaceuticals and Medical Devices Agency (PMDA), which is responsible for drug screening in the country, no reports of death or severe allergic reactions such as anaphylaxis were reported after the medical workers received jabs.

He also said that the health ministry had not received any reports of problems associated with the Pfizer-BioNTech vaccine or its administering.

Around 40,000 medical workers will receive the first jabs, with 800 workers at the medical center in the capital comprising the first among them to be vaccinated.

Of the 40,000 medical workers at 100 facilities nationwide, 20,000 doctors and nurses will be asked to maintain records on a daily basis for seven weeks after taking the first of two shots, which will be administered three weeks apart.

The survey is in a bid to determine if there are any adverse effects from the jabs and other related information.

Following the initial round of medical workers being inoculated, in March, around 3.7 million health workers will also begin receiving the vaccine, followed by 36 million people aged 65 or older from April.

A second shipment of the Pfizer vaccine is scheduled to arrive from Europe next week, Japan's minister in charge of vaccination efforts Taro Kono said recently, to ensure there are enough doses to vaccinate the elderly in Japan's rapidly aging society.

Following the elderly, those with preexisting health conditions and those working at elderly care facilities will be next in line to be vaccinated, followed by the rest of the population.

A batch of around 400,000 Pfizer-BioNTech doses arrived last Friday at Narita airport near Tokyo from Brussels.