TOKYO, April 13 (Xinhua) -- Japanese Prime Minister Shinzo Abe has drawn flak from some netizens for a video posted on his official Twitter page showing him relaxing at home to encourage people to refrain from going outside to curb the spread of the coronavirus. 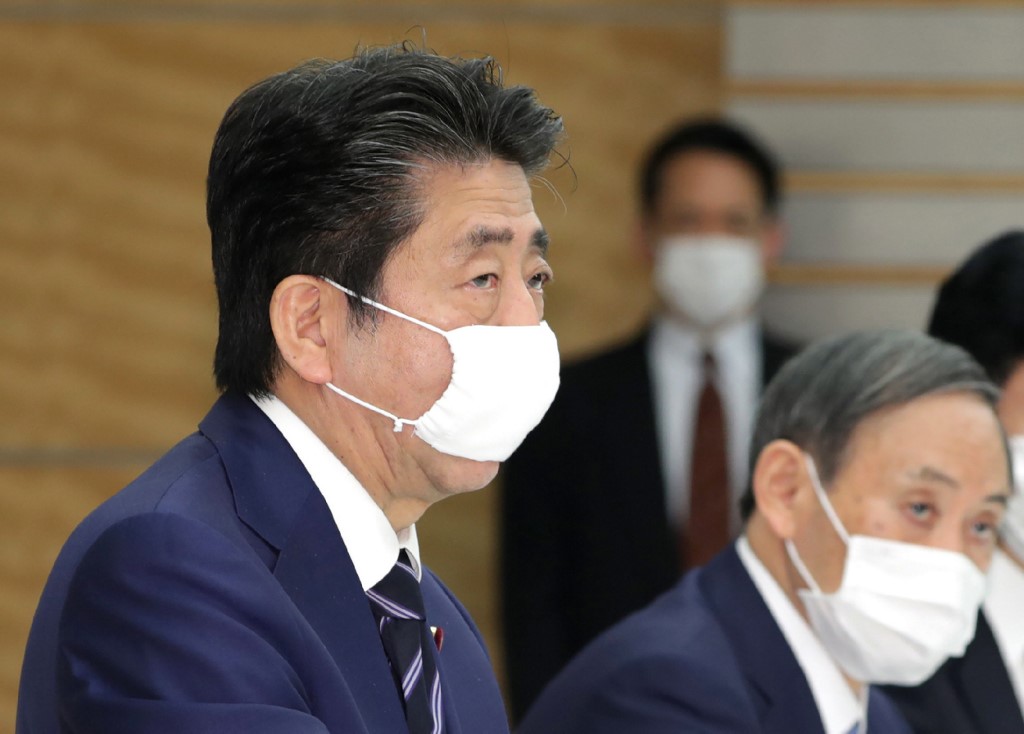 Japan's Prime Minister Shinzo Abe (L) wearing a face mask speaks during a meeting of a task force against the COVID-19 coronavirus outbreak, at the prime minister's office in Tokyo on April 11, 2020. (Photo: AFP)

Some users have said the video and its optics were insensitive to those who are reeling financially as a result of the virus and are forced to go outside amid the pandemic to make a living.

In the post uploaded Sunday, which shows the prime minister lounging at home dressed in casual attire, stroking his dog and sipping tea, Abe expresses his gratitude for the cooperation of each individuals to stay home, saying it will reduce the burden on medical staff, who are struggling under harsh circumstances.

Some of the remarks from the netizens irked by Abe's video included "people are struggling to survive this month. How do we minimize 80 percent of human contact without making money to stay at home? If you ask us to stay at home, you have to provide us with money to secure our lives."

Others pointed out that a number of other countries' governments have already provided money to help their citizens from a very early stage since the outbreak of the pandemic.

Not everyone took aim at Abe, however, and some showed support, saying that it is important for the nation's leader to take a rest as he has been extremely busy handling the pandemic.

"Please take good care of yourself," said one Twitter user.

Japan's top government spokesperson also defended the prime minister, saying that using social media was an effective way to communicate with young people and urge them not to go outside.

"The number of infections is rising among young people, especially those in their 20s. Using social networking services is extremely effective in urging the youth to refrain from going out," Chief Cabinet Secretary Yoshihide Suga told a press briefing on the matter.

The pandemic in Japan continues to intensify, and the government has called on people to work from home, avoid unnecessary trips outside and to reduce human contact by up to 80 percent ideally among other requests, to curb the spread of the virus.

According to the latest figures from the health ministry and local authorities on Monday evening, 7,656 people have been infected by the virus, which has claimed the lives of 141 people.

In Tokyo, the epicenter of the outbreak in Japan, 2,159 people have been infected.