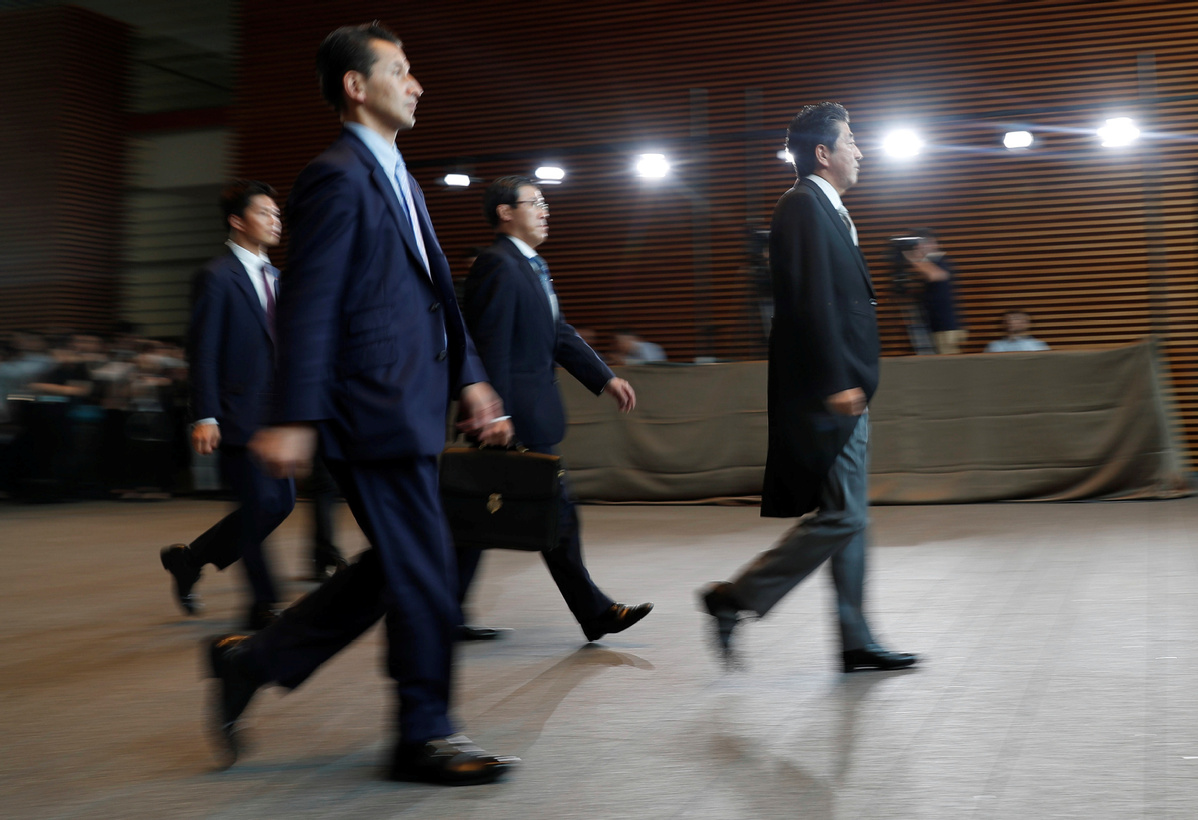 The reshuffle, which followed a revamp of his Liberal Democratic Party (LDP) executive lineup earlier Monday, has seen 17 of the prime minister's 19 Cabinet ministers either replaced or reassigned within the government, with as many as 13 new ministers being introduced.

Finance Minister Taro Aso, who doubles as deputy prime minister, and Chief Cabinet Secretary Yoshihide Suga have retained their positions, as they have served as particularly close allies of the prime minister in their respective posts, held since Abe returned to power in 2012.

In other key moves, Foreign Minister Taro Kono was picked as defense minister and economic revitalization minister Toshimitsu Motegi was given the foreign minister portfolio.

In a move aimed at improving public support for the party, 38-year-old Shinjiro Koizumi, son of former Prime Minister Junichiro Koizumi, who is believed by some media outlets to be in the running for the top post in the future, was given a Cabinet position and will take up the environment minister portfolio in his first role as a minister.

In other moves aimed at shoring up support among his administration, Koichi Hagiuda, executive acting secretary general of the LDP, was named education minister, while Deputy Chief Cabinet Secretary Yasutoshi Nishimura will now assume the position of economic revitalization minister.

Abe named upper house lawmaker Seiko Hashimoto as minister in charge of the 2020 Tokyo Olympics and Paralympics, bringing the number of females in his Cabinet to two, and from the LDP's coalition Komeito ally, Kazuyoshi Akaba has replaced Keiichi Ishii as minister of land, infrastructure, transport and tourism.

In a party meeting in the morning, Abe pledged to achieve a first-ever amendment to the pacifist Constitution, saying, "We would like to strongly advance as one, our party's long-held desire to amend the Constitution."

Abe also said he wants to establish a new team that can ensure political "stability" and "tackle new challenges."