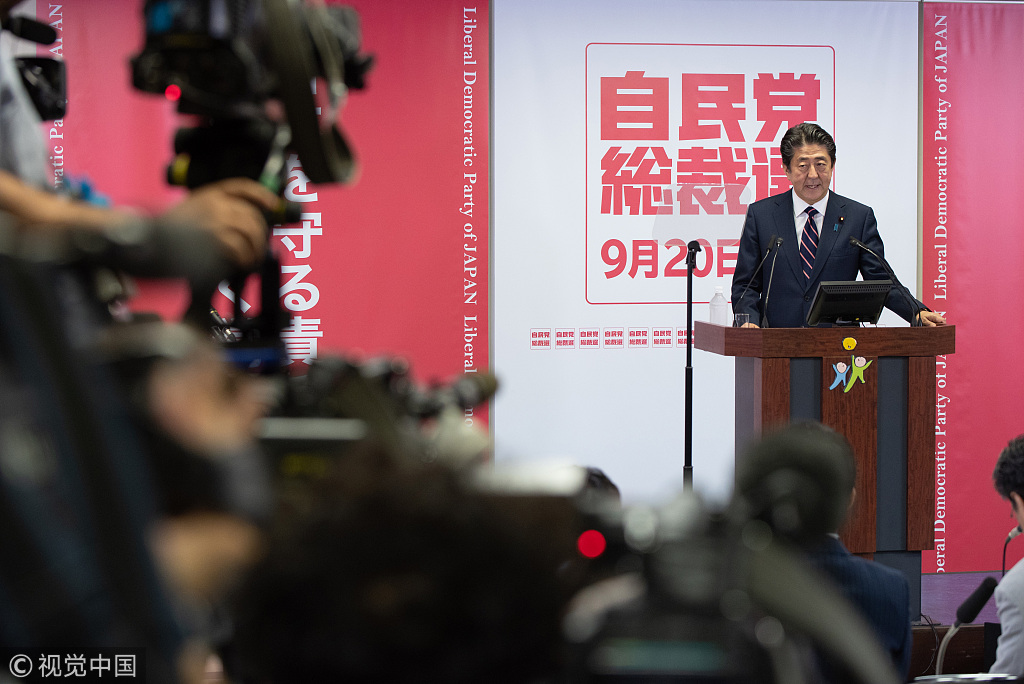 The prime minister also picked 12 newcomers and one with ministerial experience for his Cabinet.

In the election held on Sept. 20, Abe won a third consecutive term as president of the ruling Liberal Democratic Party.