Japan's Prime Minister Shinzo Abe and South Korean Prime Minister Lee Nak-yon meet on Thursday amid bitter row over history, trade that has dragged relations to their worst in decades. 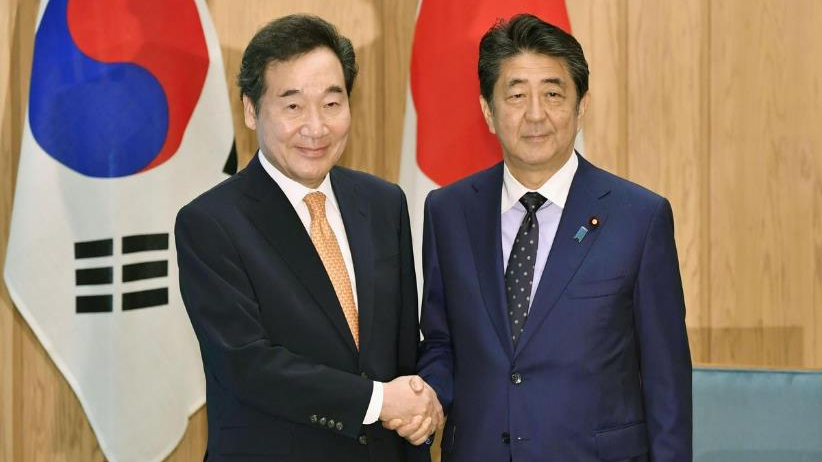 Ties between Tokyo and Seoul have deteriorated since South Korea's top court last October ordered some Japanese firms to compensate Koreans forced to work in their wartime mines and factories.

Japan, which says the matter was settled by a 1965 treaty, calls the decision a violation of international law, and the feud has spilled over into trade and security matters.

About 100 journalists were present at the start of the talks, the highest-level meeting between the two sides since the row flared.

Media have said Lee, who was in Tokyo to attend Japanese Emperor Naruhito's enthronement ceremony this week, would deliver to Abe a personal letter from South Korean President Moon Jae-in. Moon and Abe have not held a summit in more than a year.

The animosity between Japan and South Korea is linked to the history of Japan's 1910-45 colonization of the Korean peninsula, the mobilization of forced labor at companies and women in wartime military brothels, and a row over the ownership of islets in the sea between the two nations.

Earlier this year, the dispute escalated when Japan tightened export controls on materials vital for South Korean chipmakers. It then dropped Seoul from a list of countries eligible for fast-track exports, steps angrily denounced by South Korea.

In August, South Korea announced it would scrap a military intelligence-sharing pact with Japan when it expires next month, just as the allies face rising tensions with the Democratic People's Republic of Korea and increased competition from China and Russia.