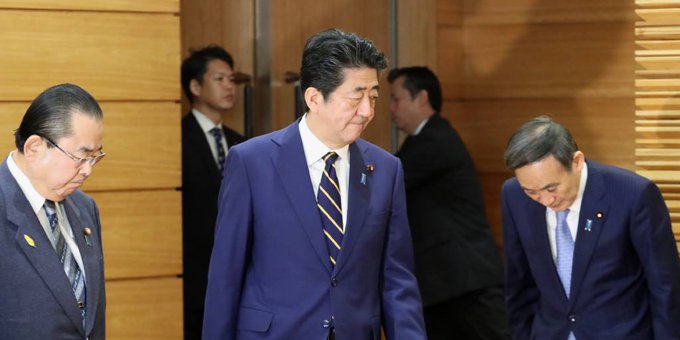 TOKYO, Dec. 20 (Xinhua) -- The Cabinet of Prime Minister Shinzo Abe on Friday approved a draft budget for fiscal 2020, aimed at covering ballooning social security costs amid a rapidly aging society and dealing with the fallout from a consumption tax hike that has seen private and public consumption wane.

The draft budget, comprising record defense spending and allocations to cushion the downside effects of the Oct. 1 sales tax hike from 8 to 10 percent, will be submitted to the Diet in January next year.

As for spending on defense, which marks a sixth straight record high, a total of 5.31 trillion yen has been earmarked to cover outlays on Japan hosting U.S. forces here, as well as allocations related to spending on cyber space, outer space and other defense-related expenses.

Aimed at cushioning the blow from October's sales tax hike, which has seen consumption slump and sentiment among businesses worsen, the draft budget comprises 1.78 trillion yen in stimulus measures, which include a shopping rewards point program aimed at spurring consumer spending.

More than a third of the draft budget will be allocated to cover rising social security costs amid the nation's demographic crisis, with 35.86 trillion yen earmarked, marking a 1.73 trillion yen increase from a year earlier.

In a bid to better the nation's dire fiscal health, the government will reduce new bond issuance for a 10th successive year and issue 104.3 billion yen less debt than a year earlier, at 32.56 trillion yen.

"The budget is aimed at achieving both economic recovery and fiscal consolidation," Finance Minister Taro Aso told a news conference after the cabinet approved the draft budget.

"Social security will be improved through the use of increased revenue from the consumption tax hike from 8 percent to 10 percent implemented in October," Aso added, with reference to overall tax revenue estimated to reach 63.51 trillion yen, 1.02 trillion yen higher than the draft budget for fiscal 2019. (1 U.S. dollar equals 109.36 Japanese yen).