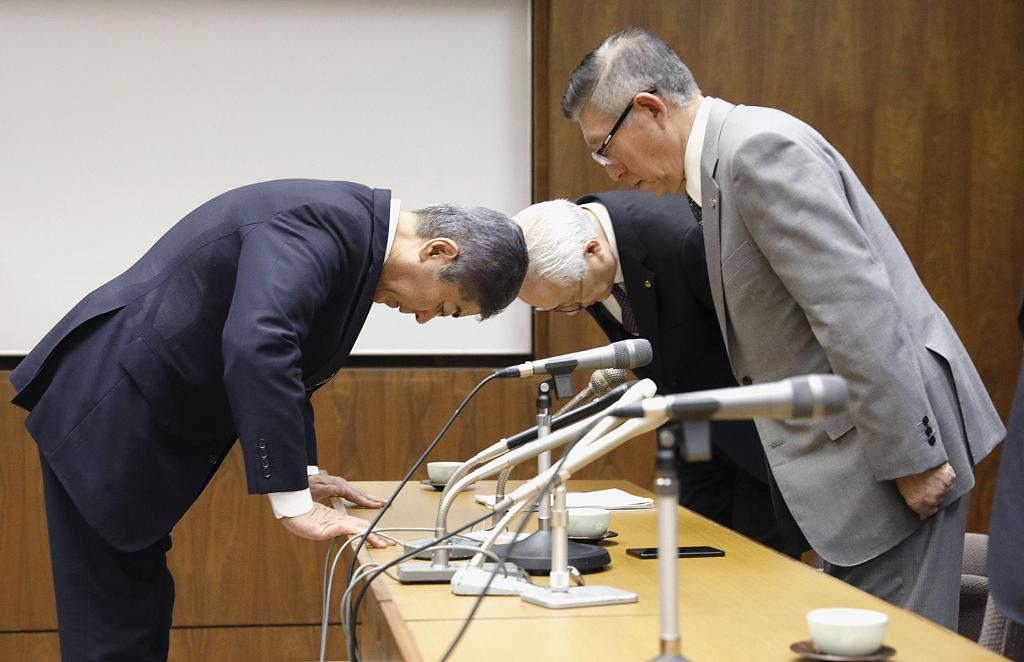 "I deeply apologize. I have instructed officials to be thorough in preventing a recurrence," Iwaya told Satake at the Akita prefectural government building on Monday.

Satake had said that the government's plan to potentially deploy the weapons system in Akita is "truly regrettable" and that using flawed data was an "extremely questionable" stance taken by the Defense Ministry.

Satake had also said that deliberations on whether Akita would host the contentious missile interceptor system were "back to square one."

A week after saying that the ministry's error had put negotiations back to the starting point, Satake said Monday, "I feel sad rather than disappointed. I would like the Defense Ministry to take this as setting out again from behind the starting line," he said, doubling-down on his previous position.

While maintaining that the "Aegis Ashore system is essential," Iwaya said the ministry will carry out an on-site survey and possibly use experts to fix the numerical errors found in the ministry's first survey.

At the end of the meeting with Iwaya and following the defense minister trying to gain the understanding of Satake that the missile interceptor system was essential, Satake told a press briefing that he rejects the ministry's explanation for selecting Akita as a candidate site for the controversial missile system.

Satake also indicated that he told Iwaya that it was possible that the GSDF's Araya Training Area in the prefecture was selected as a candidate site for the Aegis Ashore missile system, prior to any geological surveys being carried out by the government.

Akita Mayor Motomu Hozumi who also met with Iwaya Monday, meanwhile, said that city will probably take up to three years to make a decision on whether to accept the Defense Ministry's push for the city to host the missile system or not.

With the public also up-in-arms about the faulty data debacle, adding to the Defense Ministry's woes residents in Akita have stated that there was no way for them to feel safe when the people promising their safety cannot even perform simple calculations.

In addition, the ministry has also come under fire recently for one of its officials falling asleep during a public meeting in Akita City, held specifically to try and gain the understanding of the people in the region about the possible deployment of the missile system and to help allay safety concerns.

However, a precondition to the systems' deployment is the government gaining the understanding of the local people in the areas, as underscored by Japan's top government spokesperson, Chief Cabinet Secretary Yoshihide Suga, in a press briefing.

Suga said the Defense Ministry must accept what Satake has said on the matter and make all-out efforts to explain itself to the local people, who have lost trust in the ministry.

Separately, Constitutional Democratic Party of Japan member Kiyomi Tsujimoto has described the ministry's fiasco as "disgusting" stating that she was "stunned" at its behavior.

She maintained that Prime Minister Shinzo Abe's push to revise Japan's pacifist constitution, in light of the ministry's monumental slip-up, was now unthinkable owing to such basic mistakes being made and the ministry's behavior.